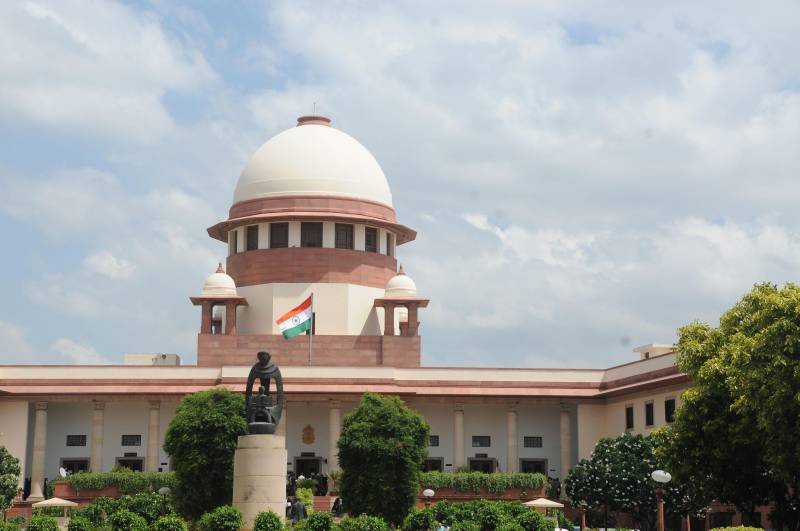 NEW DELHI (Web Desk) - Can a minor rape victim be allowed to abort her child conceived as a result of a sex crime when the fetus is more than 20 weeks old?

As per Medical Termination of Pregnancy Act, pregnancy of a woman can't be terminated after 20 weeks. The Act allows abortion between 12-20 weeks only when the continuance of the pregnancy would cause risk to the life of the pregnant woman or if there is chance of child being born with physical or mental abnormalities.

Seeking court's approval to abort the pregnancy, the parents submitted in the petition that the child should not be forced to undergo physical and mental torture to give birth to the child arising out of rape.

They submitted that it is violation of her right to life.

"A woman's right to make reproductive choices is also a dimension of personal liberty under Article 21 of the Constitution. It is important to recognize that reproductive choices can be exercised to procreate as well as to abstain from procreating. The crucial consideration is that a woman's right to privacy, dignity and bodily integrity should be respected," the petition said.

The petitioner approached the apex court after Gujarat HC turned down the plea for abortion on the ground that law allows termination of pregnancy only until 20 weeks' gestation.

The HC had however expressed sympathy with the child and directed the state government to take care of her medical expenses and ordered the government to pay Rs 1 lakh compensation to her family.

Challenging the HC order, the petitioner said "MTP Act is actually an enabling Act, which intended to take away the absolute bar on termination of pregnancy contemplated in the Indian Penal Code, therefore, it has to be construed more in the favour of a women/mother, who is ultimately likely to be affected and suffer".

"The minor victim is only fourteen years old and is studying in class X. She is not physically or mentally capable of going through the pregnancy. She belongs to a poor family, who is not in position to take proper care of child.

The victim is suffering from, multiple physical and mental problems due to pregnancy." In the event she is not permitted to terminate the pregnancy, she would have to bear the stigma of being an unmarried mother of a child and her complete future would be ruined," the petition said.