Nepal army will not join BIMSTEC anti-terror drill in India 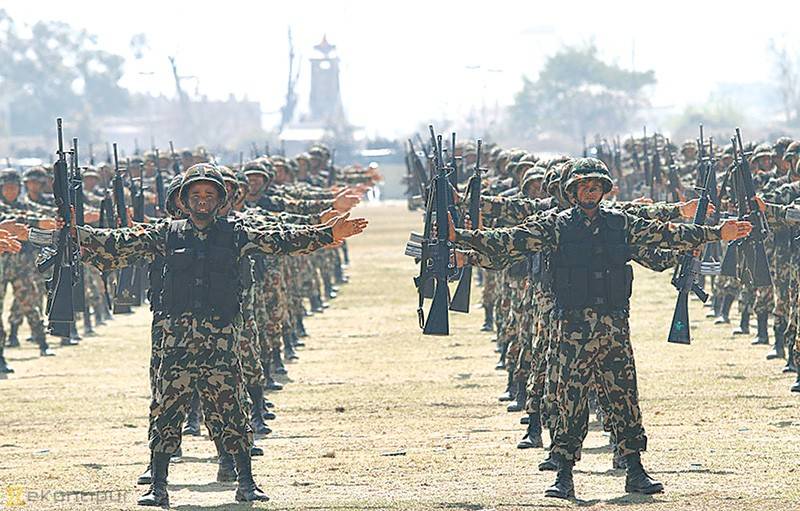 KATHMANDU - Nepal will not join the first ever joint military drill among the armies of the Bay of Bengal Initiative for Multi-Sectoral Technical and Economic Cooperation (BIMSTEC) members, to be hosted by India next week, a top official said on Saturday.

"Nepal will not participate in the BIMSTEC joint military drill. This is the official decision of the government," said Kundan Aryal, press adviser to Prime Minister K.P. Sharma Oli, without giving details about reasons behind Nepal's decision to skip the military drill.

The joint military drill are to be organised in Pune of the western Indian State of Maharastra on Sept. 10-16.

The proposal for the joint military drill was first proposed by the Indian Army in June, followed by an initial meeting of BIMSTEC senior army officials in New Delhi, the Kathmandu Post reported.

CHEBARKUL - Scores of Pakistani and Indian soldiers displayed a rare sight when they danced together on the sidelines ...

Nepal has sent only three "observers" for the "Milex-2018" exercise being hosted by India, which will witness platoon-size contingents (over 30 soldiers each) from other member countries.

Nepal army chief General Purna Chandra Thapa was also scheduled to attend the closing ceremony of the drill but it that too has been cancelled, according to reports in Indian media.