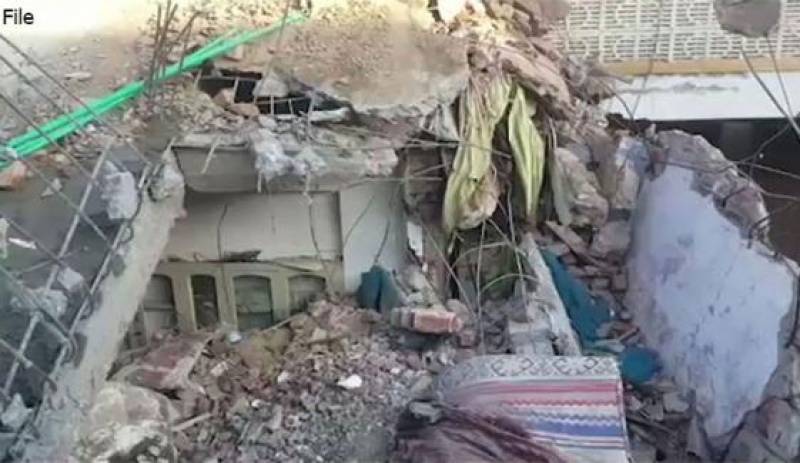 KARACHI – A woman along with three children were dead when the roof of a house in Orangi Town collapsed following heavy rains in the Sindh capital.

Reports quoting rescue sources said the incident occurred in Karachi’s Qasba MPR Colony where a roof of a house collapsed, last night and, four people including three children were crushed to death.

SSP Aziz while speaking with media reporters said the rainwater had accumulated in the neighborhood last night and entered the family's house.

The owner of the house, Rasool Saeed, and the other family members were not in the house when the ill-fated incident occurred. The deceased, Naseeb Hawa Khatoon, and her children were sleeping inside when the roof collapsed in the wee hours of Thursday.

MULTAN – In a horrible incident in Lodhran's Dunyapur, five of the children were killed while the other three ...

Reports further said, local cops, and rescue officials rushed to the spot and started removing debris from the collapsed house soon after receiving the report. Four dead bodies were initially found from the debris, the police said. A 10-year-old was reportedly pulled out of the wreckage during the operation.

The injured along with the deceased have been shifted to Abbasi Shaheed Hospital while the police have lodged an investigation. Rescue operation at the site is currently underway as other people are being feared trapped in the rubble.