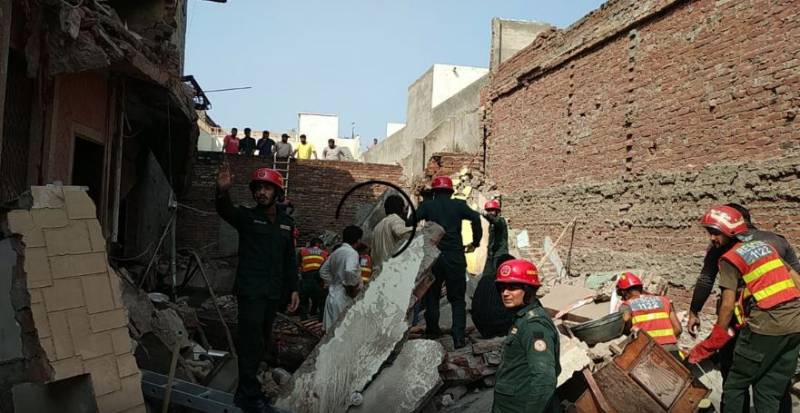 MULTAN – In a horrible incident in Lodhran's Dunyapur, five of the children were killed while the other three were seriously injured after a roof of a house collapsed.

Reports cited that the incident took place near the Ada Sikandari on Shujaabad Road in Lodhran's Dunyapur, where children were watching TV in a room when the roof of an under-construction house suddenly collapsed, killing five and injuring three others.

Following the incident, the rescue teams rushed to the location and pulled all eight children out from under the rubble. Rescue officials then shifted the injured to the hospital for treatment.