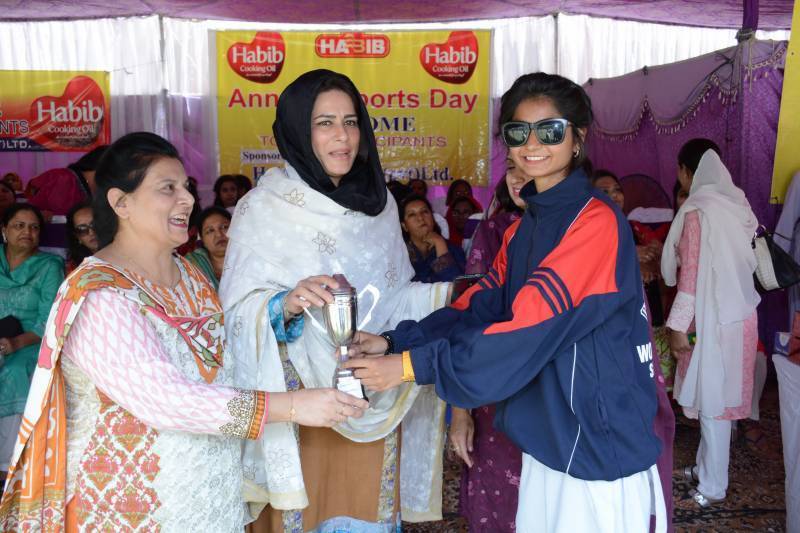 LAHORE - The  54th Annual Sports Day of the Post Graduate College for Women Samanabad Lahore began after an inaugural ceremony held at the university’s main Ground on Saturday.

The function started gracefully with all grandeur after the recitation of the Holy Quran. The colorful balloons were released into the air as a symbol of the festivity. After that, the mega event started with a majestic aerobic performance by the students that initiated thrill among the audiences. PML-N's MNA Ms. Kiran Dar was the chief Guest. The Principal Dr. Rukhsana Nadeem Bhutta and the Chief Guest hoisted the national flag and encouraged students with their inspiring speeches.

In his message, Principal Dr. Bhutta said sports and co-curricular activities were as important as academics for the overall grooming and personality development of students.

Lauding the participation of girl students in sports, the Rukhsana acknowledged the efforts of administration for putting up such a great show and encouraging healthy activities The winners of the sports festival were awarded prizes. The Principal also thanked the guests and teachers for making the function a great success.-PR