First ever image of black hole comes to light 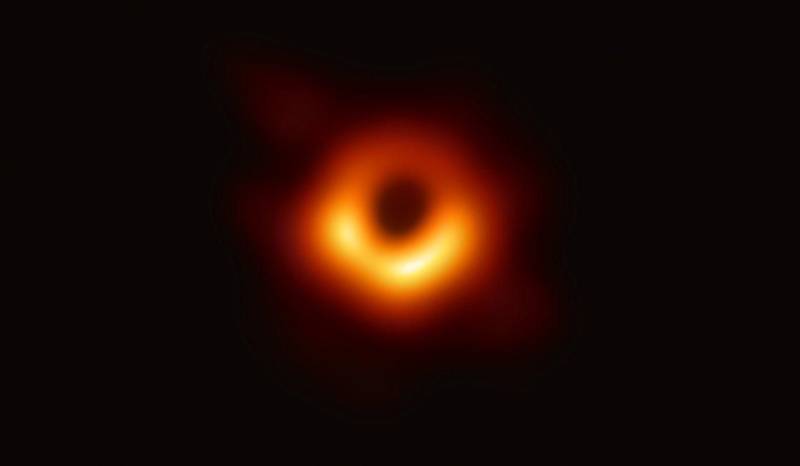 LONDON - Astronomers have taken the first-ever image of a black hole using a global network of eight telescopes.

The image of the black hole and its shadow, released on Wednesday, has been captured at the center of a galaxy known as Messier 87 or M87 and the black hole is 500 million trillion km away.

The details of the discovery have been published in Astrophysical Journal Letters and experts say it could open the door to new horizons.

Prof Heino Falcke, of Radboud University in the Netherlands, who proposed the experiment, told BBC the specifics of the discovery.

"It has a mass 6.5 billion times that of the Sun. And it is one of the heaviest black holes that we think exists. It is an absolute monster, the heavyweight champion of black holes in the Universe," he said.

"What we see is larger than the size of our entire Solar System," the scientist added.

The edge of the dark circle at the centre is the point at which the gas enters the black hole.

More than 200 researchers were involved in the project who worked for more than a decade to capture the image.

Black holes were first predicted by Einstein’s theory of relativity although Einstein himself was unsure that they actually existed. The fresh image confirms the presence of black holes as scientists have conquered the insurmountable challenge.

The telescope array collected 5,000 trillion bytes of data over two weeks, which was processed through supercomputers for retrieving the images.

NASA describes black holes as made up of huge amounts of matter squeezed into a small area with a gravitational pull so massive that not even particles and electromagnetic radiation such as light escape from inside it.