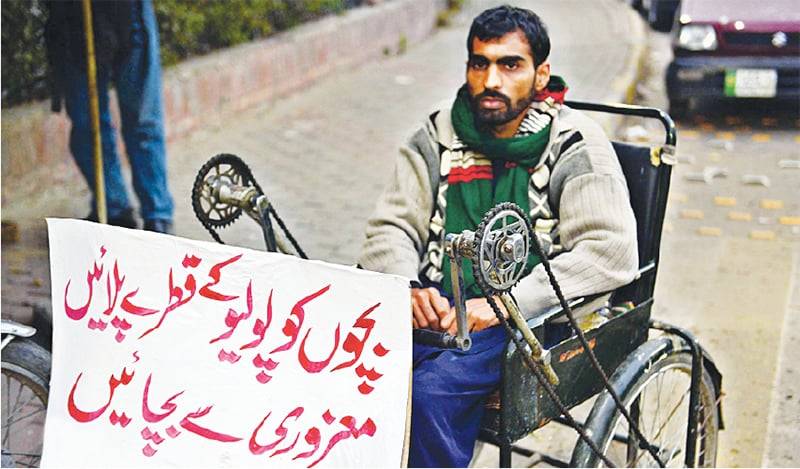 PESHAWAR - With a view to highlighting the importance of vaccination and involve multiple stakeholders as advocates for polio vaccination, a day-long sehat muhafiz cricket tournament was organized by Emergency Operations Center Khyber Pakhtunkhwa in collaboration with District Management here at Arbab Niaz Cricket Stadium on Wednesday.

Khyber Pakhtunkhwa Minister for Sports, Tourism & Culture Atif Khan was the chief guest at the occasion.

Speaking at the inaugural session, Minister for Sports, Tourism & Culture Atif Khan welcomed all the participants and appreciated programme organizers for holding sports event to raise public awareness on the significance of polio vaccination.

He said that participation from parliamentarians, media, bar council, district management and law enforcing agencies indicates that people from cross segments of life are aware of the threat posed by the crippling disease to our children and wants to play their due role in the noble cause.

Atif Khan said that healthy life was the right of every child and it was the responsibility of every citizen to play their part in achieving the goal of polio-free Pakistan.

He assured all-out support on behalf of the sports department to polio eradication saying that the department will support the national cause and will advocate for it at all forums.

Coordinator EOC Capt (R) Kamran Afridi thanked the participants for turning up in large number for the event that was meant to raise the importance of vaccination and engage civil society in the awareness raising about immunization and public health interventions.

He said that Pakistan is one of the last two endemic countries in the world and the government has polio eradication as a national emergency with a view to rid the globe of poliovirus.

Kamran Afridi said that phenomenal achievements have been made in polio eradication with a drop of cases from 306 in 2014 to 6 in 2019 so far.

However, he added that wild poliovirus was still circulating in an environment that can hit children and leave them disabled for the rest of life. He underscored the need for vaccination of every child in every round of polio campaign to wipe out the menace for good from the region.

MNA Nasir Musazai said that health was the top priority of the government and offered all-out assistance to achieve the goal of polio-free Pakistan.

He said that parliamentarians should advocate for polio eradication in their respective constituencies and address the misconceptions of the people with a view to counter anti-polio propaganda.

Certificates and trophies were distributed among the winning and runners up teams with a vote of thanks by Coordinator EOC Kamran Afridi.