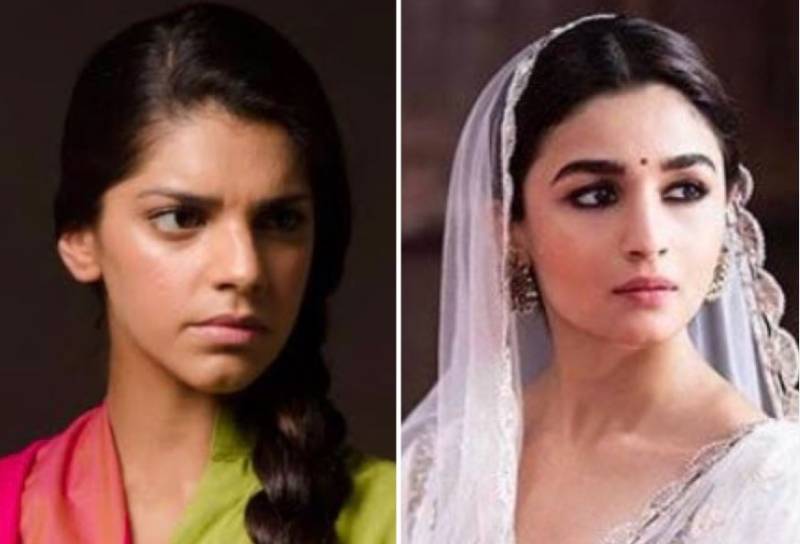 LAHORE- Zindagi Gulzar Hai, starring Sanam Saeed and Fawad Khan, is one of the Pakistani dramas that gained roaring success across the border. Many drew inspiration from its ever-lasting characters including the Bollywood actress, Alia Bhatt.

The 'Student Of The Year' actor recently revealed that she drew inspiration from Pakistani actor Sanam Saeed’s character in ‘Zindagi Gulzar Hai’ for her upcoming film ‘Kalank’. Reacting to the news, Sanam said that she is shocked and ‘tickled pink’.

Sanam was overwhelmed to have contributed to Alia’s portrayal of Roop in ‘Kalank’. The 'Cake' starlet took to Twitter to send her best wishes to the actress, “Alia Bhatt, if this isn’t made up news, I’m tickled pink. Best wishes.”

While promoting her movie, Alia said in a recent interview, “The character of the girl (Kashaf played by Sanam Saeed) in the show is very much how Roop will deal with the situation. She has responsibility on her shoulders so she is not always a happy person. She is vulnerable yet strong. It is difficult (to bring so many) layers — unhappy, vulnerable and strong — to a character. Abhishek kept saying that I should be irritating.”

This interview spread fast and it is indeed a proud moment for Pakistan to know that our dramas leave an impact on the Bollywood big-wigs.