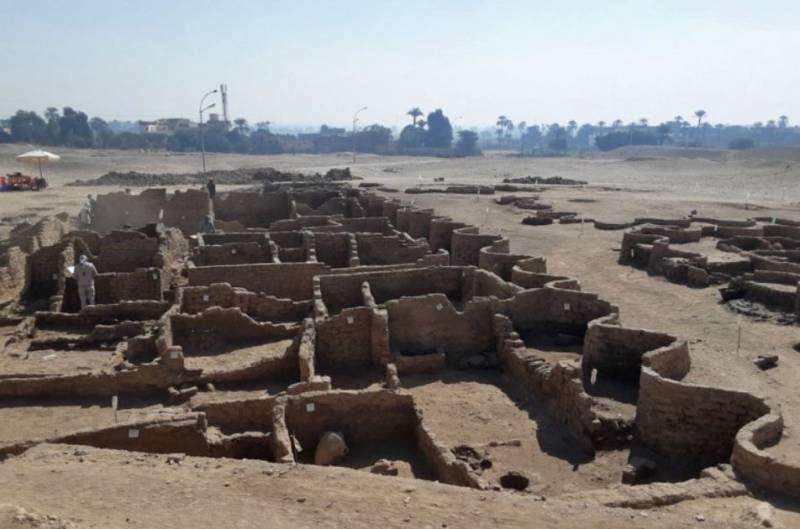 CAIRO –A lost city that dates back more than 3,000 years unearthed in the southern province of Egypt.

In a major archaeological discovery, Archaeologists Thursday announced that they have uncovered a large ancient pharaonic city that had lain unseen for at least 3,000 years ago near some of Egypt’s best-known monuments. The lost city dates back to the period under King Amenhotep III of the 18th dynasty.

Famous scientist Zahi Hawass said the city was considered as the golden era of ancient Egypt. Many foreign missions searched for this but never found anything. Adding that, the city was once the largest administrative and industrial settlement of the pharaonic realm.

The team started searching for a temple near Luxor in September, but upon excavation comprised weeks they found mud-brick formations in every direction.

The unearthed part includes the well-preserved walls and rooms filled with tools of daily life. The site also contains large ovens and kilns for making glass and faience.

Amenhotep III, also known as Amenhotep the Magnificent, was the ninth pharaoh of the Eighteenth Dynasty. The empire stretched from the Euphrates River in modern Iraq and Syria to Sudan.

Amenhotep III ruled nearly four decades, a reign known for its opulence and the grandeur of its monuments, including the Colossi of Memnon -- two massive stone statues near Luxor that represent him and his wife.