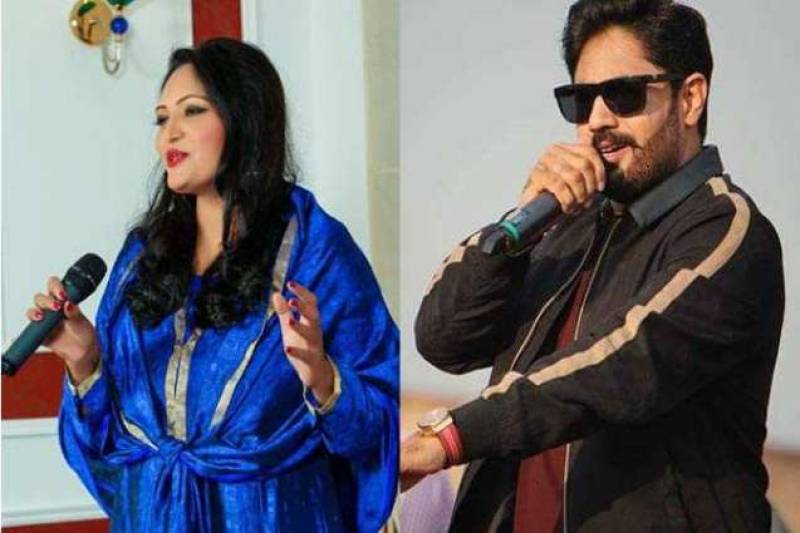 According to a statement issued here on Thursday, Saira Peter specially prepared a new National song for the Jashn-e-Azadi show. Both the famous singers will first time perform in the joint musical show.

"The love for my country and its people is the greatest motivation in anything I do," Saira Peter said.

Saira was born in Karachi and had moved to London, later on, to pursue a career in music. She trained to become an opera singer under Paul Knight, who was a student of renowned English composer Benjamin Britten, considered a legend in Western classical music.

Praising her mentor, Saira said that, "I am proud to have trained under Paul Knight and think of him as my true teacher."The singer also said that "Sufism is an important part of the Pakistani culture. Celebrated Sufi poets have woven together with beautiful messages of peace and love in their poetry, and I wanted to bring this tradition to the West in their own musical language.

Abrar Ul Haq has been singing since many years and his popularity is no limit to Pakistan only. We wish to have concerts in Pakistan also. let's see when the conditions will change and entertainment will flourish back here.