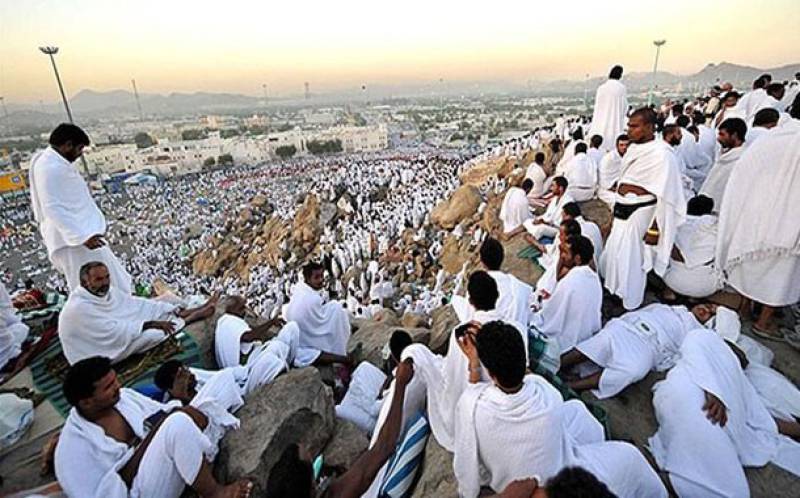 ARAFAT - About two million pilgrims from around the world converge in Arafat to perform the main ritual of Hajj "Waqoof-e-Arafat" today.

They will listen to sermon to be delivered at Nimra Mosque and perform Dhuhr and Asr prayers together.

The pilgrims will spend time in Arafat with prayers for acceptance of their pilgrimage and recitation of Qur’anic verses until sunset, the Radio Pakistan reported.

After sunset, they will head to Muzdalifah, where they will stay until midnight, engaged in prayers after performing combined Maghreb and Isha prayers.

Meanwhile, the annual ritual to change Ghilaf-e-Kaaba was held at Masjid al-Haram in Saudi Arabia where millions of Muslims have gathered to perform Hajj.

The new Ghilaf has been prepared at a cost of seven million Saudi Riyal. Six hundred seventy kilograms pure silk, 120-kilogram gold and one hundred kilogram silver have been used in it.

The covering cloth of the Kaaba, known as Kiswa, is changed on 9th Zilhaj every year on the day of Arafat.