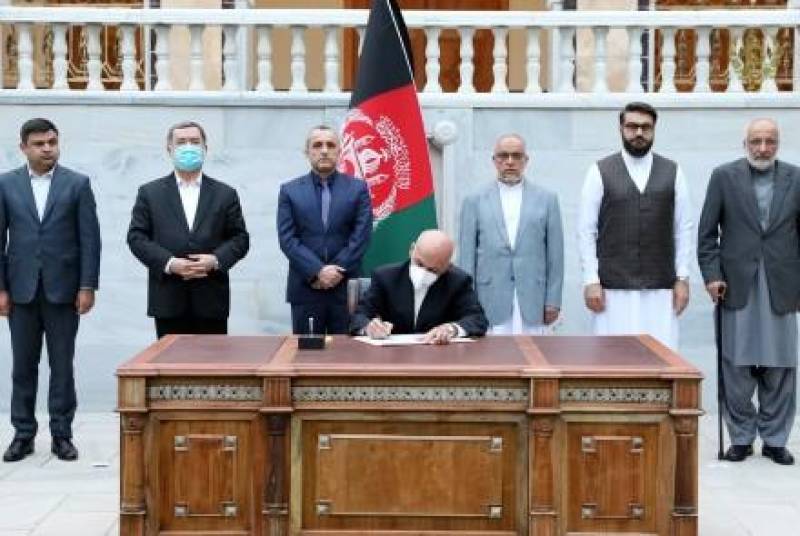 The president also signed another decree for freeing the prisoners of the Afghan National Defense and Security Forces, who are imprisoned in government prisoners, said Tolo citing sources.

The development comes after the Loya Jirga – the grand assembly – on Sunday approved the release of the Taliban prisoners with an aim to instantly initiate intra-Afghan talks, ceasefire and an end to over a decade-long war.

Among other points in the 25-article resolution, the Jirga welcomed the efforts to restore peace in the country.

It also states that if foreign fighters are among the 400 prisoners “they must be handed over to their countries with valid guarantees.”

The resolution further added that the release of the remaining Taliban fighters must come with the assurance that the direct talks between both sides will initiate “without any excuses.”

Calling for immediate and long-lasting ceasefire, the Loya Jirga’s resolution also urged the world to fulfill their commitments in this regard.

It also urged the international community to not intervene in Afghanistan’s affairs directly and indirectly and to not support the terror groups.

The resolution also urged the Afghan government and Taliban to resolve their issues through negotiations.