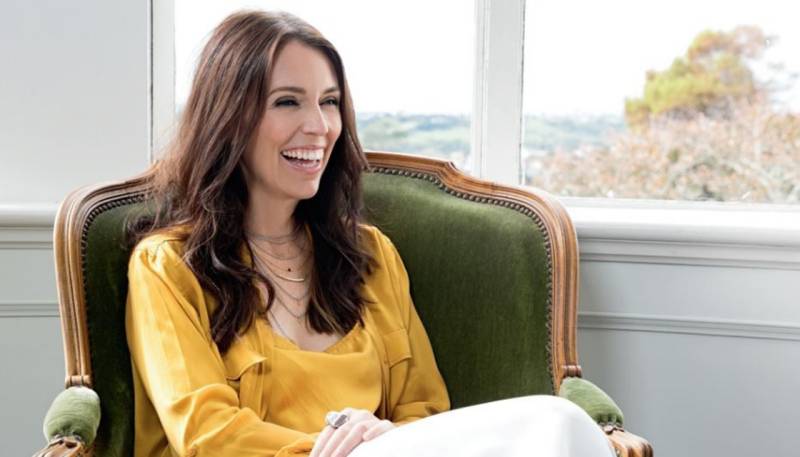 WELLINGTON - Jacinda Ardern, youngest Prime Minister of New Zealand Prime Minister, on Friday revealed that her team will “expand from two to three” as she and her husbandd Clarke Gayford were expecting a child in June.

The announcement made by Ardern through her Instagram handle is rare for world leaders. She would be the second serving prime minister, who will give birth, in the world.

In 1990, Benazir Bhutto gave birth to her eldest daughter, Bakhtawar Bhutto Zardari, while serving as Pakistan's prime minister, in what was reported to be a first for an elected world leader, BBC reported.

Arden, 37, wrote on Instagram “And we thought 2017 was a big year! Clarke and I are really excited that in June our team will expand from two to three and that we’ll be joining the many parents out there who wear two hats”. After the delivery, she planned to take a six-week leave.

She added, “I’ll be Prime Minister AND a mum, and Clarke will be “first man of fishing” and stay at home dad. I think it’s fair to say that this will be a wee one that a village will raise, but we couldn’t be more excited. I know there will be lots of questions, and we’ll answer all of them (I can assure you we have a plan all ready to go!) But for now, bring on 2018”.

Arden became youngest premier of New Zealand since 1856 after her centre-left coalition managed to bag majority in October last year. Her Labour Party came second in election, held in September, when no any party could get a majority.

In her absence during rest days, “Mr Peters will act as prime minister, working with my office while staying in touch with me," Ardern said in a statement reported by the New Zealand Herald.

"I fully intend to be contactable and available throughout the six-week period when needed."

Arden, who said she got known about pregnancy six days before, was questioned by a TV talk show host on her fist day as an opposition leader whether she had selected "a choice between having babies and having a career".

She replied that such a question was "totally unacceptable in 2017".

"It is a woman's decision about when they choose to have children and it should not predetermine whether or not they are given a job or have job opportunities," she said.

Congratulations @jacindaardern on your wonderful news today. When we spoke this morning you sounded more excited than you did when you won the election! Lots of love and best wishes from me and Lucy and all of us across the ditch.

Congratulations to @jacindaardern and @NZClarke. Mary and I wish them all the best for their impending arrival.

Proud to live in a country where the Prime Minister can reconcile starting a family with being in charge. Congrats on the impending arrival @jacindaardern - proud of what you stand for