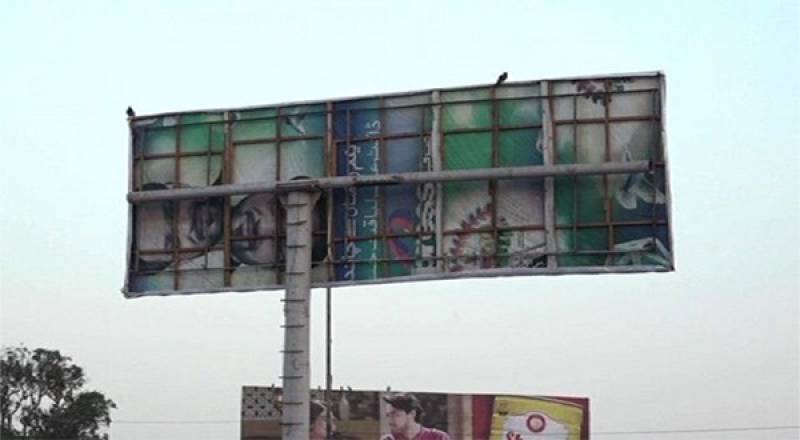 A three-member bench of headed by CJP issued the order while hearing a case against illegal billboards in the city at Supreme Court’s Karachi registry. Karachi’s commissioner and mayor were present during the hearing.

The top judge also rebuked the officials, saying there is no law in Sindh. He also expressed his anger over the poor performance of the Sindh departments.

The CJP said that the provincial departments have damaged the look of the port city.

The strong remarks by the top court came days after two people were injured after a giant billboard came loose and fell on two motorcyclist on a main road.