Tennis: I have no problem with Djokovic: Murray 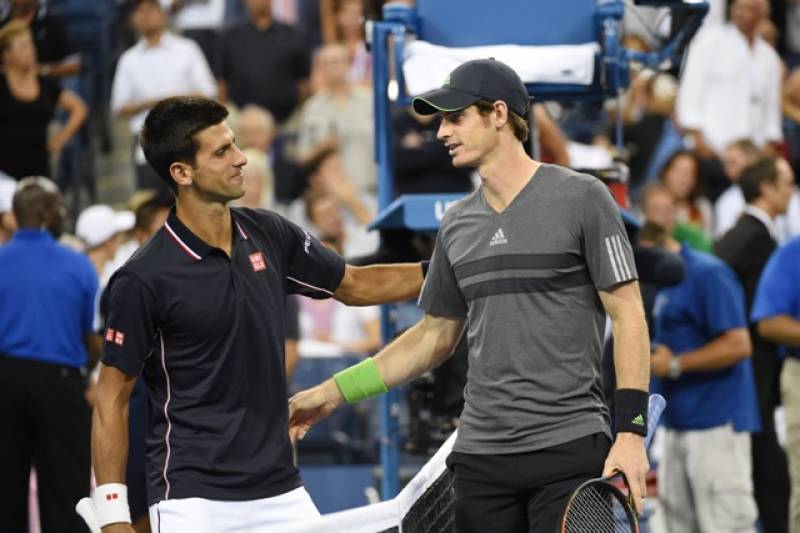 Djokovic struggled through to an eighth Grand Slam title eight days ago - looking beaten physically but pulling through for a four-set victory at the expense of a furious Murray, who came close to accusing him of theatrics on court.

"Everything has been made out to be much bigger than what is was," said the number four Scot on Monday at the Rotterdam World Tennis.

"That happens all the time these days. "In reality, you can go through periods of being very tired, then get better. You can get a second wind.

"As the finishing line gets closer, you can feel better. If Novak feels he has something to explain, I d be pleased to speak with him, But I don t feel he really needs to explain anything."

Murray added that while media may try and beat up the story of his own anger at losing the Melbourne final for a fourth time into a feud, he and Djkoivic remain on excellent terms.

Last year s Australian Open winner Stan Wawrinka meanwhile said he is happy to shake up his February schedule as he makes a return to Rotterdam for the first time in a decade.

The Swiss 29-year-old was to have played here 12 months ago, but a combination of injury plus the sheer shock of lifting a first Grand Slam title kept him away.

Now, Wawrinka, whose ranking has slipped to ninth after going out in the Melbourne semi-finals to Djokovic, has come good on his vow to shake up his scheduling.

"I m excited to be back. I feel good. It s important for me to come to play here. it a great tournament, a good indoor court."

Wawrinka said that after arriving on Sunday afternoon, he has already had two training sessions at the Ahoy Stadium. He said mixing and matching his calendar serves a good purpose.

"It s good to change a bit, to see some new tournaments. Even if I played here before, it was so long ago. It s also good to stay mentally fresh."

Wawrinka, who stands behind Murray, Milos Raonic and holder Tomas Berdych in the seedings, will open in the first round against Dutch number 250 Jesse Huta Galung, whose best showing at home was reaching the second round three years ago.

"I ve seen him around for many years, but I ve never played or practised with him. I ll watch a few videos and talk to my coach. The Dutch always play well here. "He will be pumped for the first match - he ll be ready and dangerous.

"Everything this week depends on how I m gonna start. If I play my best tennis I can do some good results. It s indoors, so you have to be ready for the first match, I m feeling great so we will see."