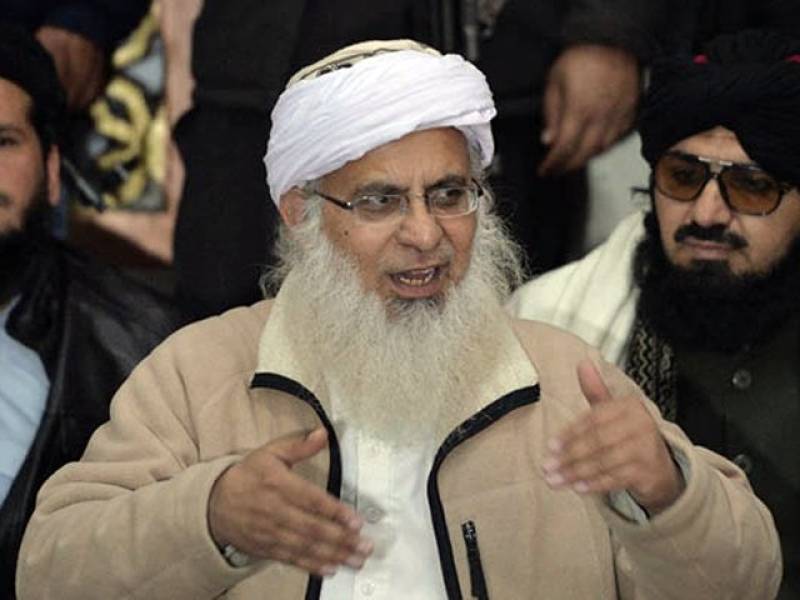 ISLAMABAD - Lal Masjid deposed cleric Maulana Abdul Aziz agreed to end his occupation of the mosque after Islamabad administration assured him to allot 20 kanals of land to establish Jamia Hafsa, ending the tension that had gripped the federal capital.

Maulana Aziz had returned to Lal Masjid around two weeks ago, reiterating his claim to be its prayer leader. However, after the deal, Maulana and the students expected to leave in a day or two.

On Saturday, in a bid to end the standoff, the proscribed Ahle Sunnat Wal Jamaat (ASWJ) volunteered to play a role and met officials outside the state-run mosque. The ASWJ delegation, led by its Islamabad president Hafeez Nazeer, assured the assistant commissioner of their support and cooperation for a peaceful solution to the standoff.

During the negotiations, the maulana claimed that his ‘movement’ against former president Pervez Musharraf had started because mosques in the capital were being demolished and insisted that such incidents had resumed. The authorities assured him that his complaints will be taken to competent authorities and that his demand for a settlement in light of the Supreme Court’s decision will be considered.

Meanwhile, the Islamabad administration has denied that it has agreed to allocate a 20-Kanal plot for the establishment of Jamia Hafsa in return for the firebrand Khateeb of the Lal Masjid Maulana Abdul Aziz withdrawal from the mosque.

In a tweet, the capital’s deputy commissioner refuted the story published in the daily Dawn and stated: “Not true. We have not made any such offer. There must be some misunderstanding”.

Not true. We have not made any such offer. There must be some misunderstanding https://t.co/NfEno2UPXU