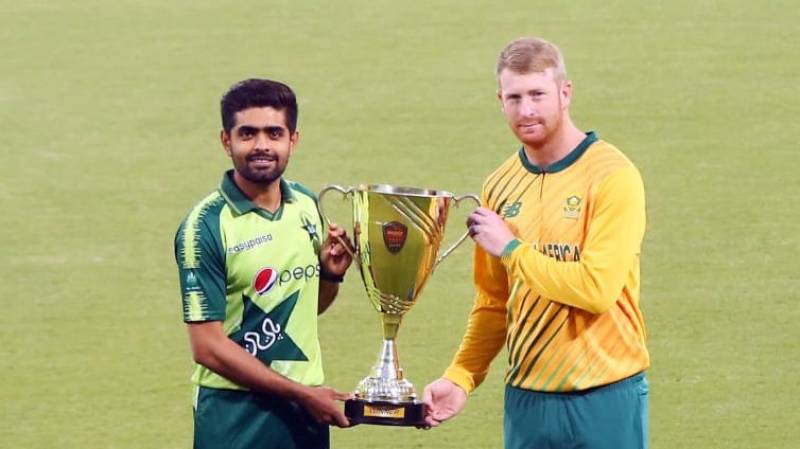 LAHORE – The trophy for the T20 International cricket series between Pakistan and South Africa was unveiled at a ceremony on Wednesday.

The captains for both the teams – Pakistan’s Babar Azam and South Africa’s Quinton D Kcock – posed with the trophy for pictures during the ceremony.

Players from both teams are conducting practice sessions at the Gaddafi Stadium, Lahore.

RAWALPINDI – Pakistan etched their name in the books of history with the Test series clean sweep over South ...