What we can expect from the upcoming Suzuki Swift 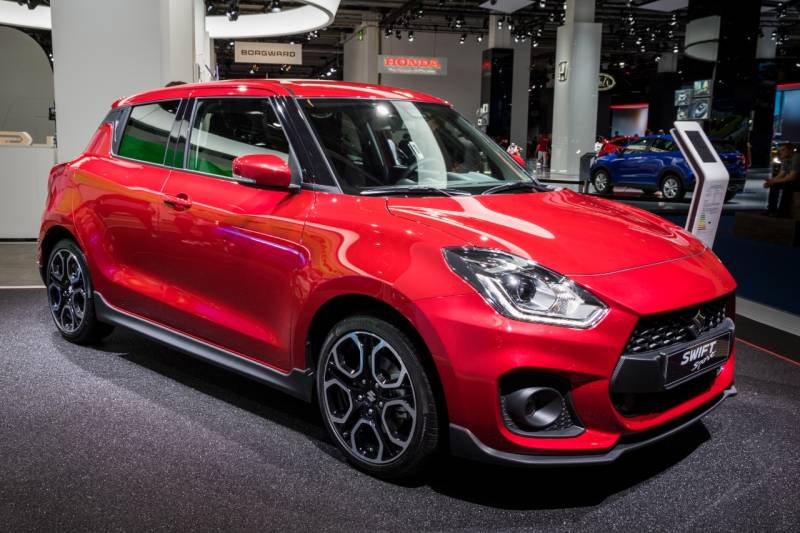 The new Suzuki swift seems all set to hit the local markets, and if the leaked picture of a 3rd generation swift atop a Suzuki carrier is to be any sign, the car is already in production. Furthermore, several publications have recently reported that the 3rd generation Swift will open for booking towards the end of February (next month). We understand that all Swift enthusiasts and hatchback users out there will be itching to know more about the upcoming 3rd generation Swift.

So, here are some speculations about what the new Suzuki Swift could offer:

Well, anyone who has seen the leaked pictures is pleasantly amazed. Its sleek new design gives it a futuristic look, with its emphasized curves and edges certainly making it stand out in the hatchback category. The new Suzuki Swift seems to have taken its traditional sporty look to a whole new level.

But it’s not only the looks that have amazed us. Our research has revealed that there is a lot more to this swift than just the appealing looks.

The 1.2L petrol engine is something of a novelty in itself. This will effectively open up a new category of cars in the Pakistani auto landscape. Our research has revealed that the new 1.2L engine combines good fuel economy and high output, perfectly providing you with the best of both worlds. It may also be introduced in a 1500 cc variant. However, we can’t confirm that for now let's wait till this one finally hits the market sometime late next month.

When it comes to the interior, we’re expecting anything and everything. The interior is expected to be pleasing and welcoming to the eye - that's for sure, given the aesthetically appealing exterior. Besides, the 3rd generation Suzuki swift already selling in the global market serves as a reference point.

We’re expecting the climate control feature which is available in the global Swift variant. The infotainment screen is expected at 10 inches, while the seats seem like a considerable upgrade from the previous versions of Suzuki -Swift.

And speaking of upgrades, the global variant boasts 6 airbags, cruise control, steering controls, and Push start. Yes, all of that in a hatchback!! If all of these features make it into the upcoming local variant, it could be transformative. But let's not jump ahead of ourselves and wait till it finally reaches the market. There's been news of it opening for booking in February 2022, so let's wait and watch what exciting features make it to the local market.

This finally brings us to the question of Price. With all those upgrades, we'd easily expect it to be somewhere in the 25-30 lacs range. But that’s just us and our informed speculation about the upcoming local version of the 3rd generation Suzuki swift. What’re your thoughts? Let us know by recording your response here.