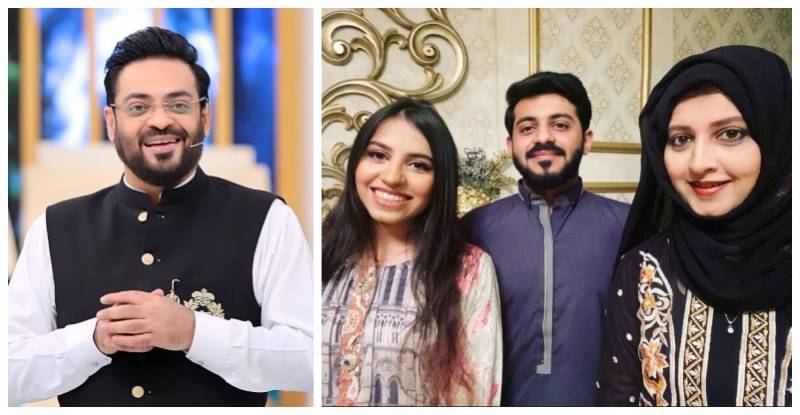 PTI lawmaker and popular televangelist Dr Aamir Liaquat has been making headlines after the announcement of his latest marriage.

Amid the marriage news, speculation began that Liaquat's children from his first wife Syeda Bushra Iqbal are unhappy with his decisions and have broken ties with their father.

Taking to Instagram, Hussain posted a picture with his daughter Dua and son Ahmed as he hit back at rumours moguls regarding alleged detachment with his children.

"Do not worry custodians of “Fake Virtual World and Rumour makers” these two gems are my world. I am father and I know how to love and care of mu children . Do not teach me please", the 49-year-old wrote.

Earlier today, Aamir Liaquat announced his third marriage with Syeda Dania Shah a day after his second wife Syeda Tuba confirmed that she had taken divorce from him.