Each & every PAKISTANI should watch 'Maalik' the movie-here's why

Searching for Maalik in the news, I found various bans on the movie. WHY? I didn't understand. It wasn't until a few weeks later that a friend of mine who happens to be a lawyer, gave me the good news that he had won the case for the movie and it was soon going to be released all over Pakistan. 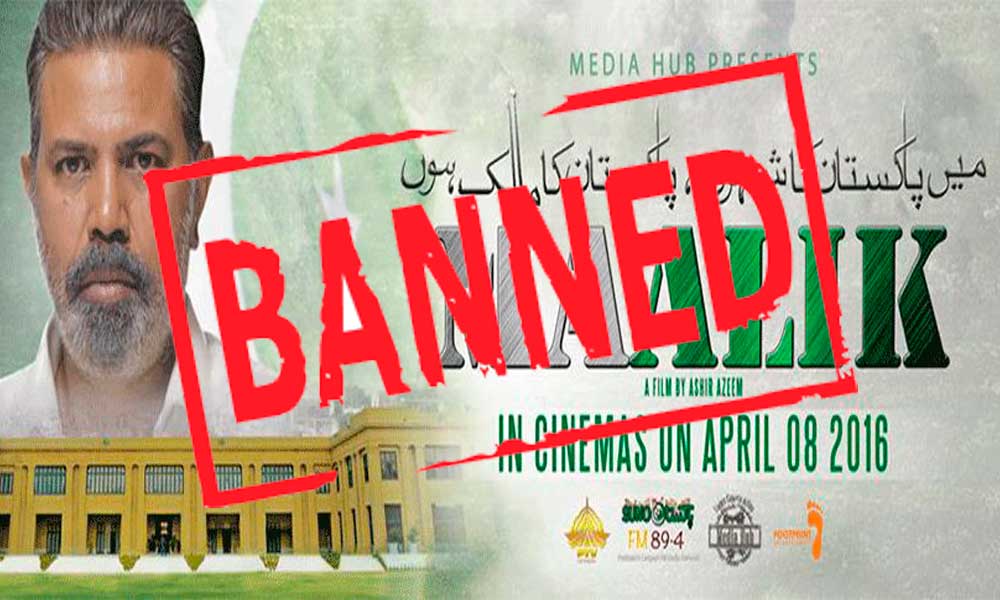 Ashir Azeem took 12 years to write the perfect script that would satisfy him. Watch his interview with BBC Urdu here:

API Response: Not Found
Going through the description on IMDB (that's the first thing I do when I want to see some information on a movie plot, and then later decide whether it's worth it or not) I read, "A man of Pakistan's 'Elite Special Forces' whose life gets entangled with politics. He soon realizes that serving the nation is more complicated than the simple following of orders."

WOW! I completely understood why it had been banned in the first place.

It was obviously because one man, Ashir Azeem, had stood up against the corrupt politicians and political instability in the country, and directed a masterpiece on them (which I still wasn't sure if it was or not, since I hadn't seen the movie yet). Reading the plot on IMDB made me more curious and eager to see the film. 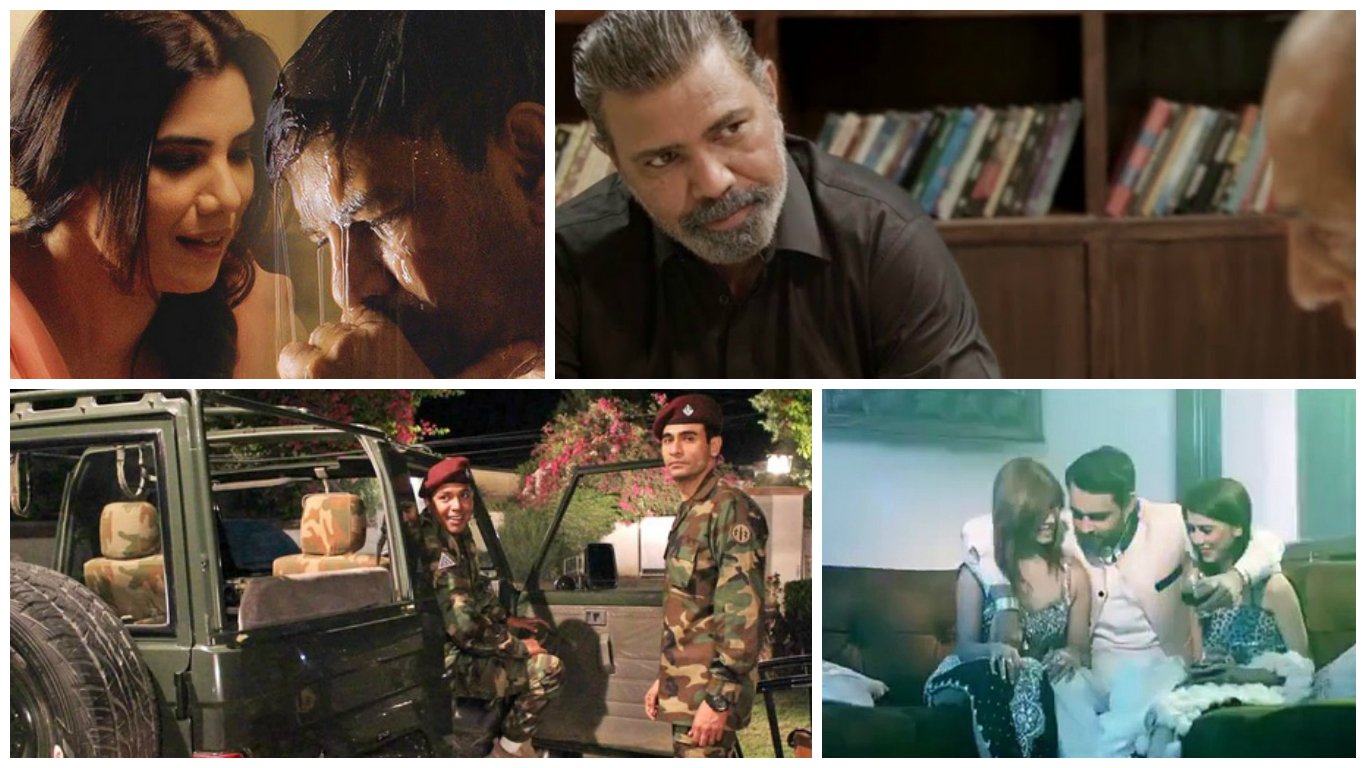 According to Wikipedia, I found some really useful information on the movie too. The tagline of the film reads 'Mein Pakistan Ka Shehri, Pakistan Ka Maalik Hoon', which again, can only come from a person who is passionately patriotic and in love with his own country. The tagline is everything, it tells us everything we need to know about the movie. Me, being a citizen of Pakistan, I am it's owner. This country is mine, and I am responsible for everything bad or good I do to it,  is what is actually implied through the tag-line.

Then the movie started.

I noticed how there are multiple stories going on at the same time, each inter-linked to the other, from the ravages of Soviet war in Afghanistan, and it's fall-out on the bordering villages of Pakistan and settling into Karachi. It showed innocent, naive children who are being affected by drone strikes, and it showed how the youth are being brainwashed into becoming something they're not. It talks about the concept of Jihad, about how there's no liberty of speech, and if you disagree with another, you are not welcome in their clan anymore. 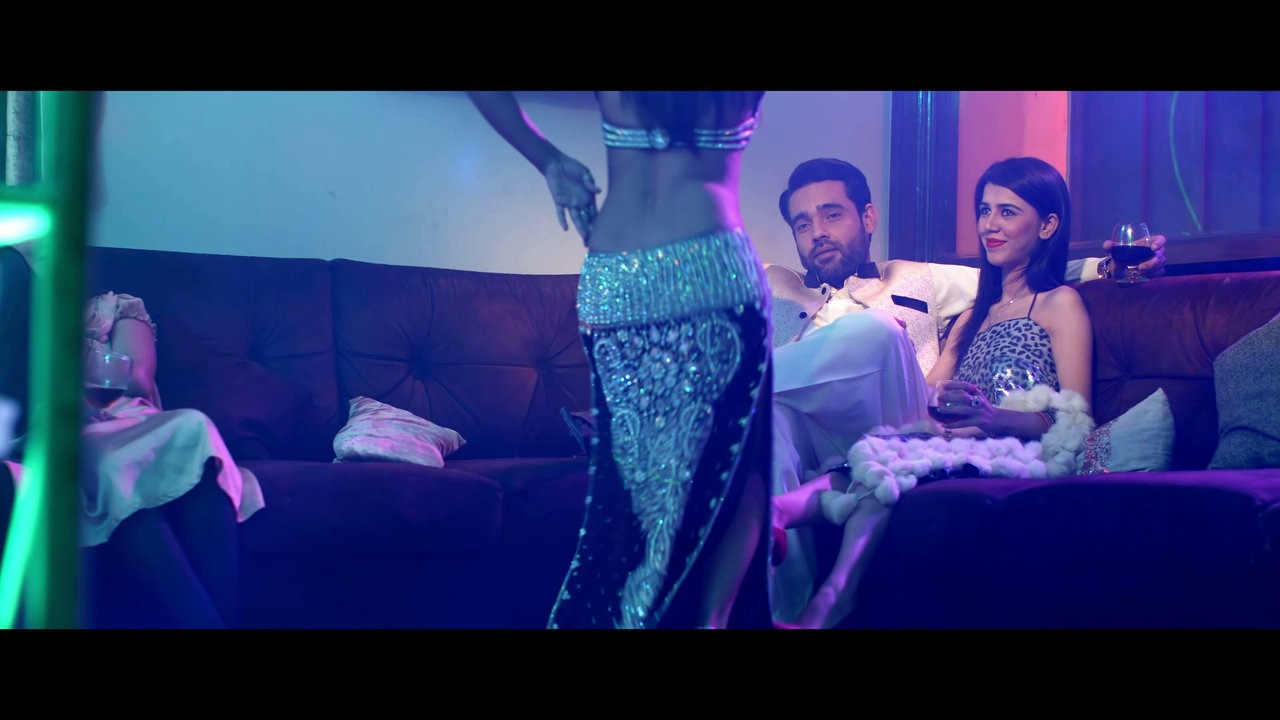 The story takes an interesting turn when an SSG officer comes into focus, who has undergone a personal tragedy and starts a private security company after the death of his wife (because he has to take care of a young child, his daughter). There's also a lower-middle class school master who is highlighted in the movie (Mohammad Ehteshamuddin), a brilliant actor, one of the finest we have in Pakistan.

He suffers greatly under a cruel feudal lord (Hassan Niazi), and loses his family members one by one. The feudal lord, on the other hand, is a rich, spoilt and corrupt man, who becomes the Chief Minister and unleashes a reign of terror on everything that crosses his path, even women.

Maalik then showed the viewers what happens inside all the systems we have: be it the police force, the government, politicians, and any other individual who is affiliated with all this 'mafia'. They portrayed the real face of corruption, in a world that we don't normally talk about or see, or have seen. Ashir Azeem plays the SSG officer who is hired for security purposes in the CM house, and he shows the world inside through his eyes. There are women, there is alcohol, there are drugs and there are things that should be left for the audience to find out on their own. 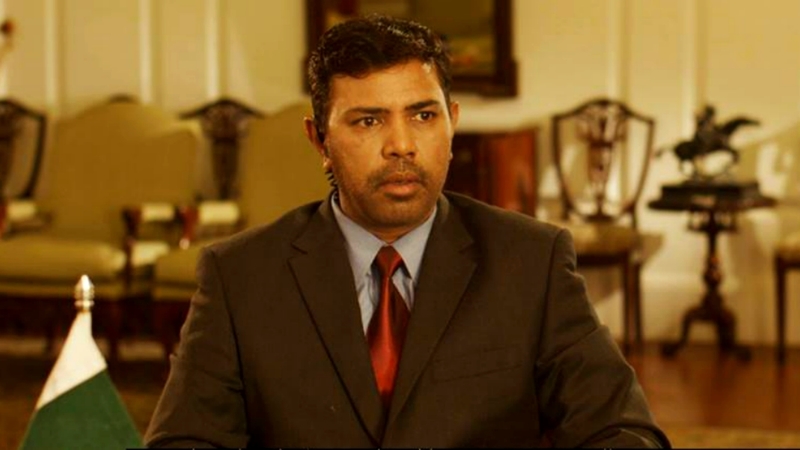 Maalik opened my eyes, for starters. It reminded me of another film (Chambaili) which was released before the elections for PM in Pakistan, and it reminded me how everyone wanted Imran Khan to run for president (in those days). I distinctly remember the speech given for the elected PM at the end, and how everyone in the cinema hall started chanting 'IMRAN KHAN' and 'PTI' and appeared to be happy and all enthusiastic about the voting process. Little did we know what the actual result was going to be.

API Response: Not Found
And that's not all, the star cast for 'Maalik' includes some big names from the industry too. Ashir Azeem as the main lead, Farhan Ali Agha, Sajid Hassan, Hassan Niazi, Adnan Shah Tipu, Bushra Ashir Azeem, Mohammad Ehteshamuddin and Rashid Farooqui make us realize how important this film is. 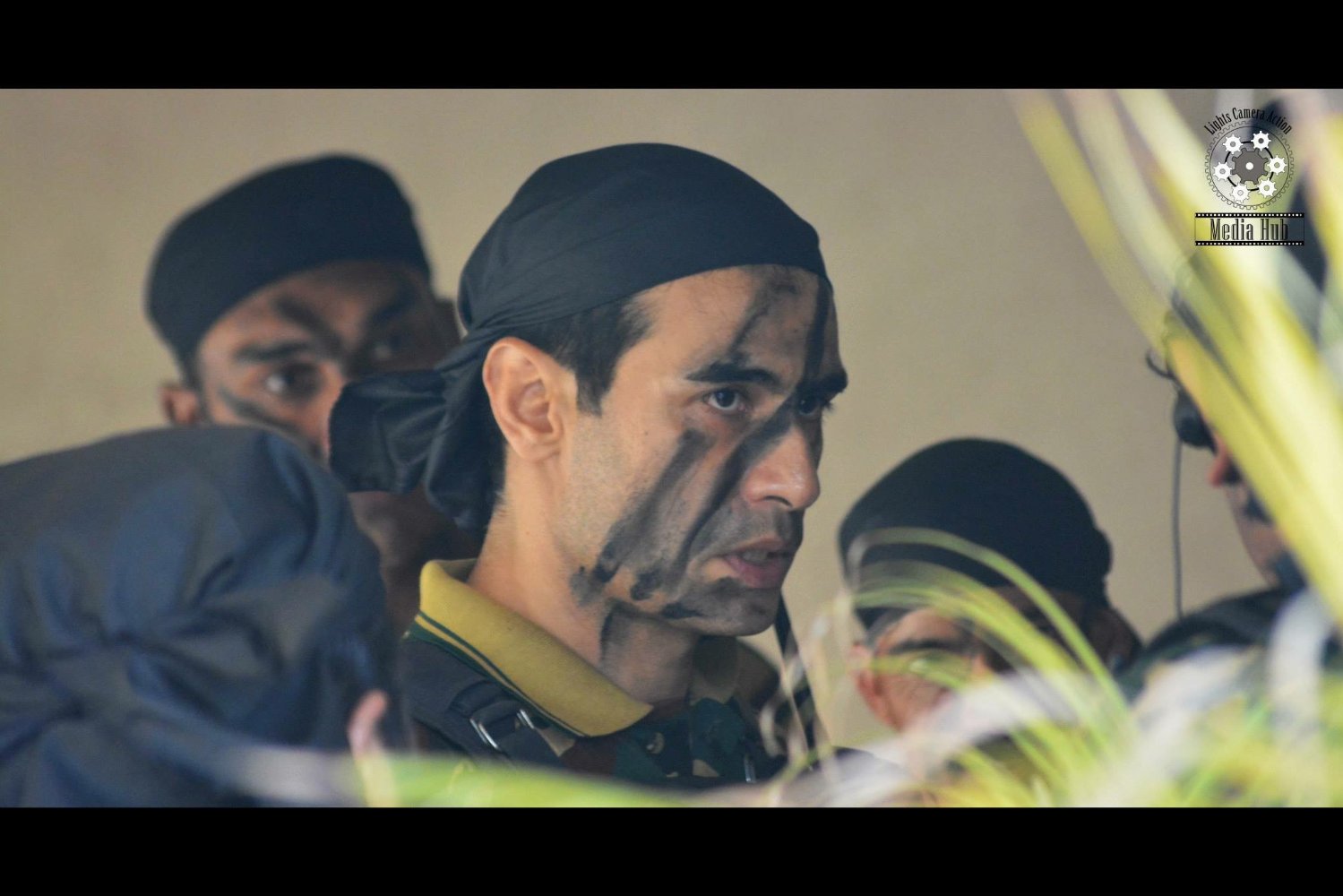 The brains and the actual work behind the movie Ashir Azeem, is also the director and writer for the film, and responsible for the screenplay also. The film has been produced by Media Hub, and we are glad that happened.
The film was banned in Pakistan for 'political reasons' after being cleared by all three Censor Boards in Pakistan with Universal 'Unrestricted' rating. 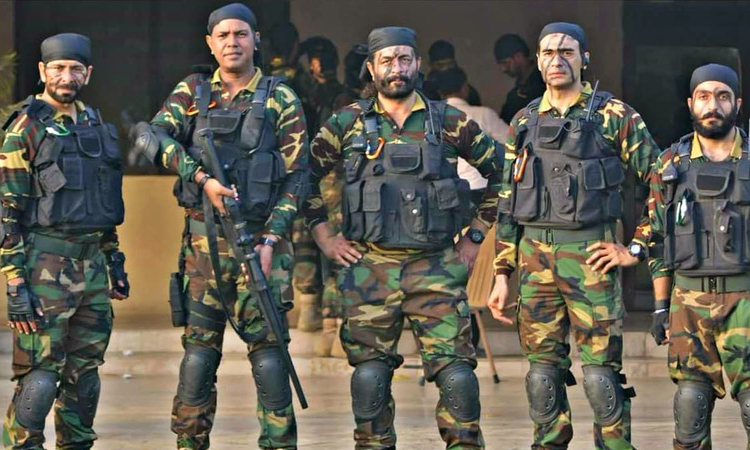 Opposition parties in Pakistan welcomed the film for showing the reality and 'true face' of the government, and the KP government even allowed the screening of 'Maalik'.

It is worth noting that Maalik is the only Pakistani film to be banned by the Federal Government even after being cleared by all censor boards.

Ashir Azeem stated that he needed the support of Pakistan's Special Forces to carry out the film, and he received extensive support including advanced weapons, ammunition and proper training to the cast and crew. How amazing is that? 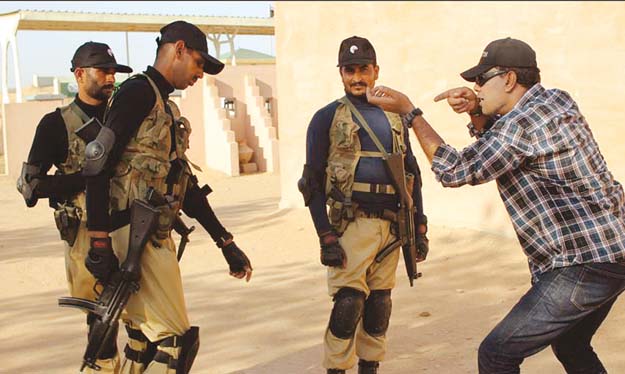 Omair Alavi of The News International reviewed the film by saying: "Maalik is a film that has been produced for those who love Pakistan and want it to prosper. The film commands multiple viewing because for die-hard Lollywood fans, this ‘Hollywood’ treatment would be hard to digest. In short, Maalik leaves a lasting impression and is a must-watch."
Sulman Ali of The Nation said "the movie is for a common Pakistani who has grudges against the country's political leaders and is waiting for a ‘miracle’ to happen."

Despite the fact that the film received mixed reviews from alot of analysts, journalists and bloggers, the film was extremely popular among the masses and enjoyed the highest IMDB rating of 9.4, for any Pakistani film ever, which is a record.
A sincere advice to all: do watch this film if you really want to think long-term about the situation in Pakistan, and if you are looking for an answer as to WHY there is so much political instability in our country. My opinion is that Ashir Azeem has very brilliantly created a masterpiece with his effort exceeding over a 12 years life span, and it is worth a watch at least once. 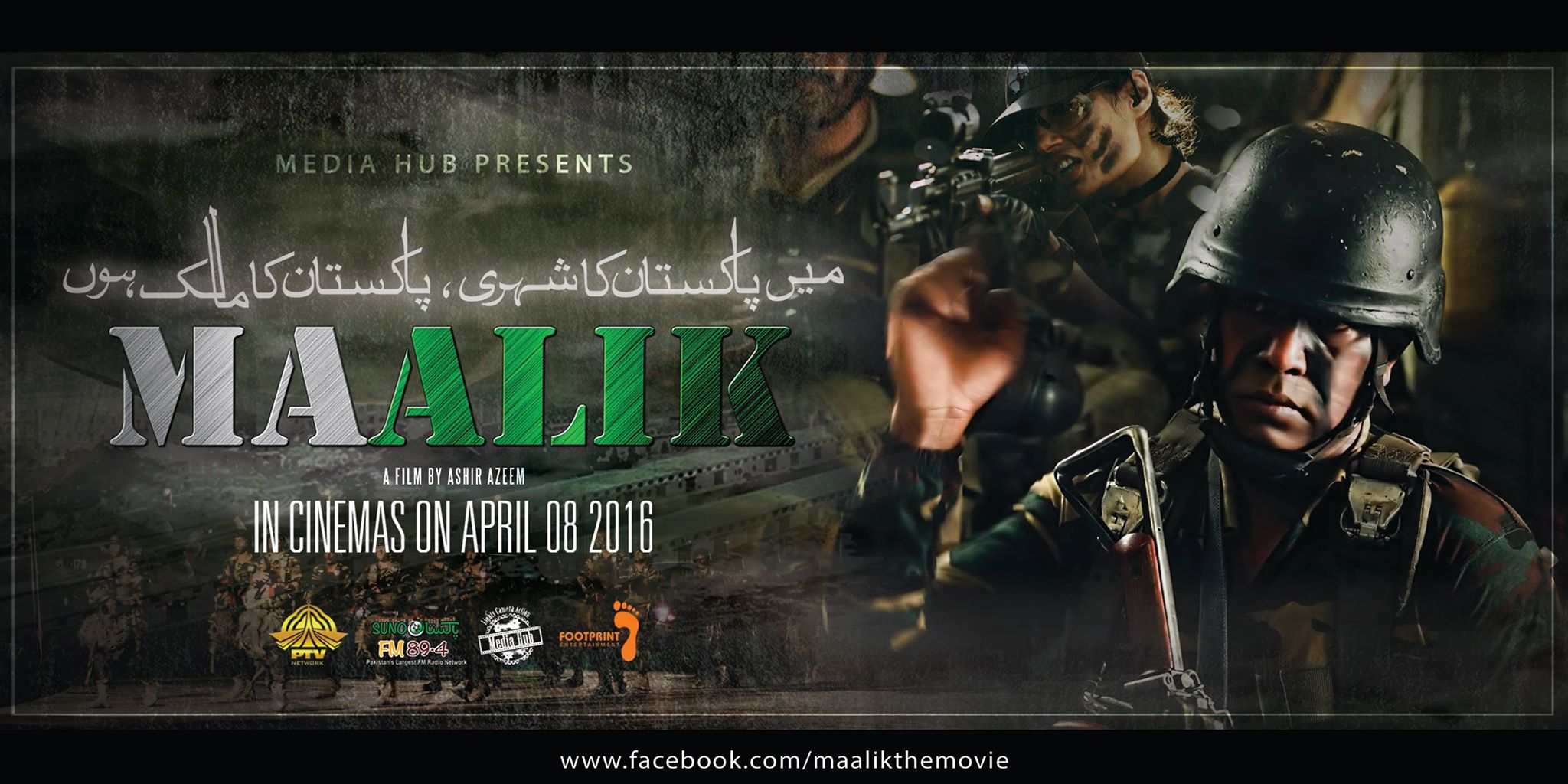 I had a mixed feeling before watching it, even though I was eager to after reading the reviews, but when I actually saw the movie, and saw the picturisation, the dialogues, the music, the acting and everything was absolutely so brilliant that even if someone asks me to sit with them and watch the movie all over again, I would. This is coming from someone who HATES watching movies twice.

For those of you lazy enough to go buy the movie from your local DVD store, here's the link to enjoy it at home. Go ahead, you need to see this: