The United States continues to lead Pornhub’s charts with the highest traffic by a long shot.

However, there has been some serious 'progress' since 2016. While the U.K. holds onto the number 2 spot, India has claimed 3rd and Japan climbed up to 4th. 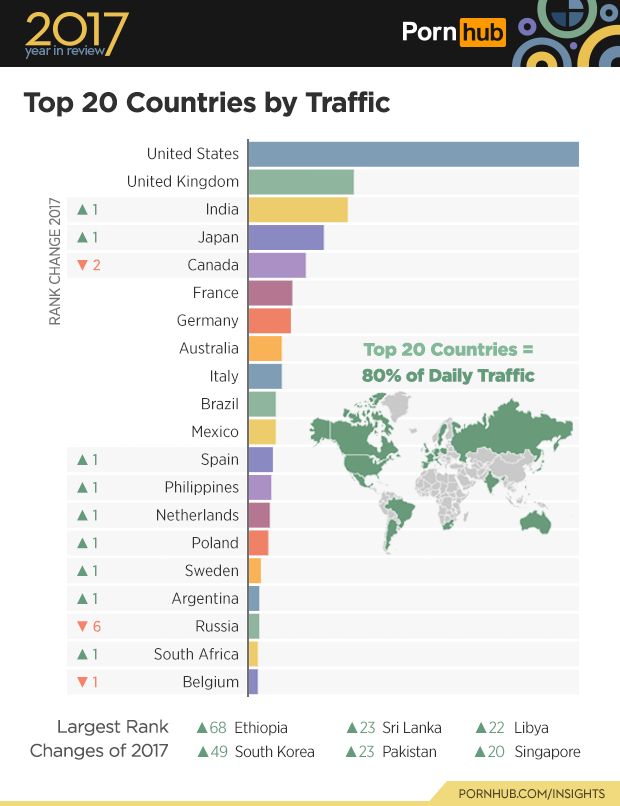 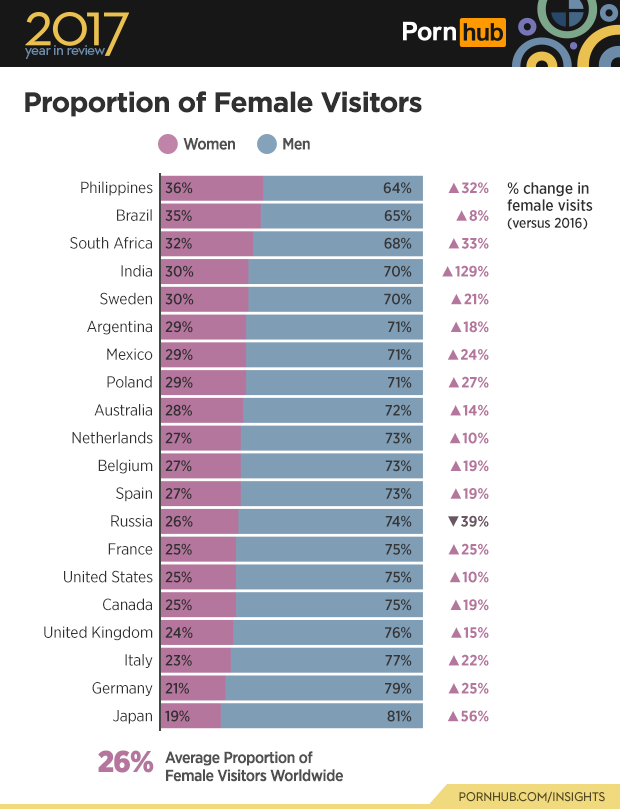