KIA makes waves by achieving a milestone of 50,000 bookings across all categories 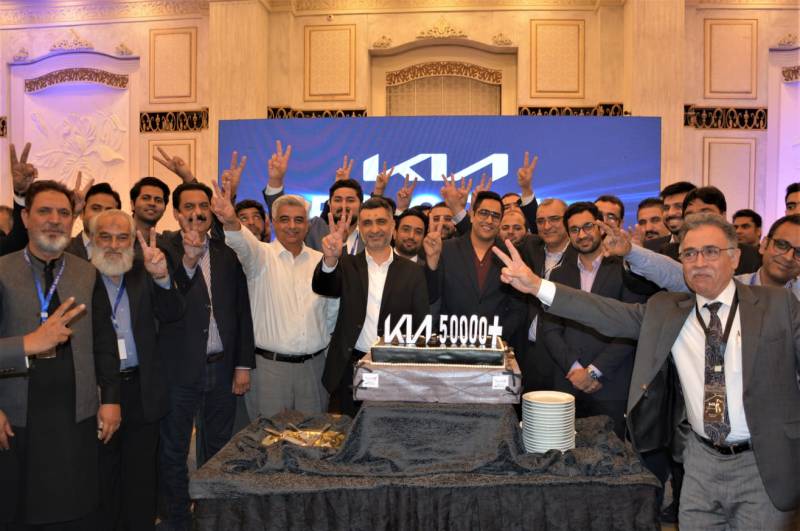 KIA is one of the world’s fastest-growing automobile manufacturers in the world. With an increase in demand for KIA cars growing with every passing day, KIA holds a reliable future in the consumer market stepping towards becoming a favourite leading global car manufacturer.

Back in 2017, KIA was one of the new entrants in the automobile industry of Pakistan and in a short span of time, it has been able to boost the industry by giving consumers more choices to select from instead of opting for previously dominating players of the automotive sector. KIA’s entry in the local market has helped rake in investment, promote jobs and also provide diversity to the Pakistani automobile sector.

Ever since its entry into the Pakistani market, KIA has been one of the most remarkable success stories of Pakistan's automotive industry. Despite a rather large number of competitors, KIA has posted astounding sales figures by achieving 50,000 units booking milestone for their vehicles across all categories. This record booking number affirms its status as a game-changer by customers in the highly competitive automobile industry of the country. This milestone figure was attained within a short span which is an extraordinary achievement for a newcomer in the local sector for sure. The achievement clearly highlights the love shown to the brand by the customers due to its value for money, aesthetically-pleasing look, comfort, and reliability, making it secure a significant position in the market.

Doing extraordinarily well in the SUV category, by firstly launching the Sportage followed by the Sorento and Stonic. Sportage has been greatly well received by the customers as the monthly sales have been at an all-time high since the date of its launch, with an improved and upgraded version with a sporty look that has more power and a greater presence. Compared to all its competitors Sportage has been famously labeled as the most favourite SUV of Pakistan.

To celebrate their achievement, KIA has announced a limited offer on the two variants of the Sorento- 3.5l and 2.4l All Wheel Drive (AWD). The 7 seater luxurious SUV comes in three variants for the Pakistani auto market. The 2.4L Front Wheel Drive (FWD), the 2.4L All Wheel Drive (AWD) and 3.5L Front Wheel Drive (FWD). The petrol engines available on the Sorento offer unparalleled torque for a smooth and comfortable drive, while its impressive fuel economy is ingeniously aided by precise transmissions that balance the car’s power and efficiency. So whether you’re in town or out on the open road, it’s time for you to cruise with ease.

Here’s to hoping for an even bigger year for KIA, which has recently launched the new crossover SUV Stonic in the market. The company advertises KIA Stonic as a small car for big adventures, indicating that it is suitable for both intra-city tours and long drives making it truly a head-turner full of features and a distinct addition of sportiness and sophistication sure to leave an impression in the local market. With such high standards set in the past, we only expect the best from Kia Lucky Motors Pakistan in 2022.