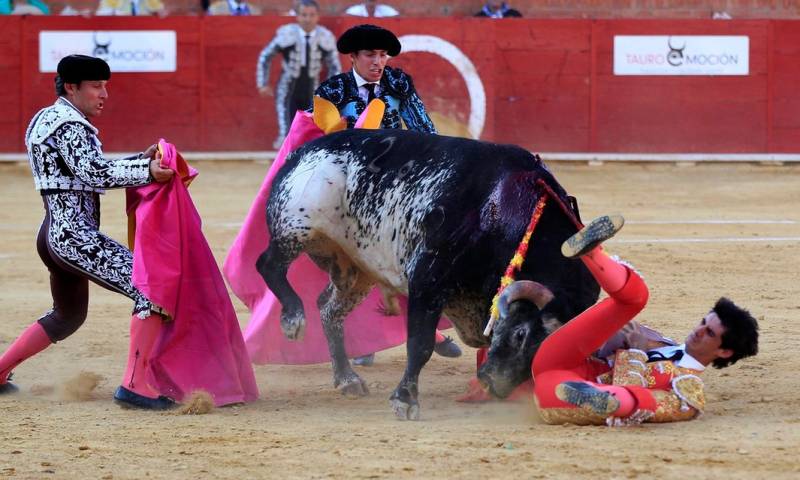 TERUEL - A Spanish bullfighter became the first matador (leader of an entourage which kills the bull) to die in the ring in three decades, after being gored in front of horrified spectators during a routine match-up on Saturday.

The deceased, Victor Barrio, aged 29, was in a routine fight with a bull during the San Fermin fiesta, but found things taking an an unexpected turn when the rampaging bull speared him and pierced his chest with its horn.

His death, shown live on television, was confirmed on the website of Madrid's Las Ventas bullring, where Barrio began as an apprentice bullfighter in 2010. He is the first Spanish bullfighter to die in a ring since the turn of the century.

Another man participating in a village bull-run also lost his life on Saturday and another two were left injured after being gored by a bull.

Bullfighting and bull-running are traditional sports in Spain, which are still revered by large swathes of the population.