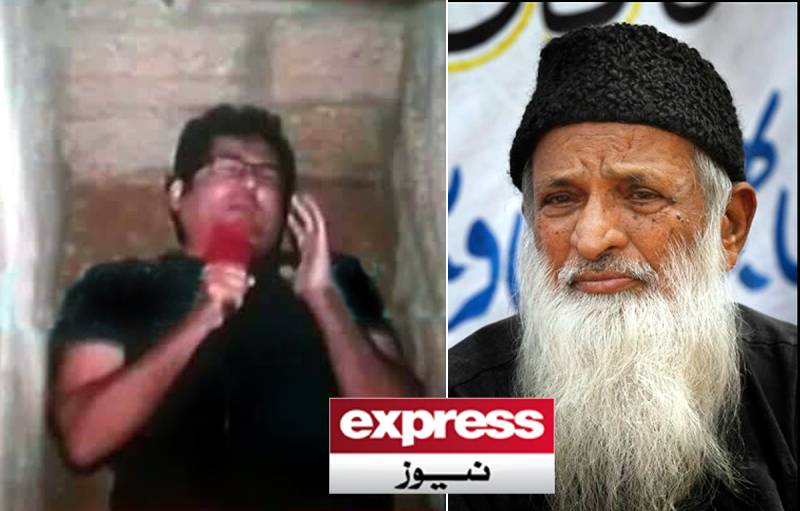 More than ten years after its much-trumpeted 'liberalization', it has become clear that the Pakistani media no longer considers its top priority to be informing the public on important national issues.

As if the recent video of an opportunistic TV correspondent trying to coax tears out of a young orphan's eyes was not enough, the shocking images on TV of a reporter descending into the grave prepared for Edhi have confirmed where the media currently stands.

Individual reporters and assignment editors cannot be let off the hook for such reports. But pinning the responsibility squarely on them ignores the larger problem, which many, including one of the architects of the new media landscape, highlighted years ago.

Senator (Retd.) Javed Jabbar, the Information Minister who oversaw the liberalization of the media during Musharraf's rule, was put on a Supreme Court-appointed commission in 2013 to review the workings of the media. Among other startling findings, the commission found that media professionals across the private media were on the payrolls of various political parties and government agencies. Later on, the commission lamented the lack of coverage its findings received in the media, in a second volume of the same report.

This was not just an omission by individual assignment editors and media higher-ups. It was a deliberate, collective omission, made possible by misplaced priorities within the media and the lack of regulatory system to ensure that news organizations do not completely ignore the public interest in their reporting.

The tasteless reporting from Edhi's intended grave site also reflects the misplaced priorities of the media and the failure of our regulatory system. A director from the channel which aired the report may have apologized for the tasteless coverage once it had triggered public outcry, saying it was in clear violation of media ethics.

But if the report was so clearly in violation of media standards, then why was it green-lighted in the first place? If these standards were being enforced at the channel honestly, then concerns about their violation would surely have come up long before the report had caused controversy.

We can't, however, expect our news organizations and the people within them to suddenly become more ethical in the current environment. No one is going to suddenly figure out how to stay afloat against the rising tide of unethical, misleading and sometimes even politically-motivated reporting, without being nudged in the right direction.

Regulatory bodies like PEMRA will have to do a better job of limiting sensational reporting, especially if it plays on deeply-held feelings or beliefs for higher ratings. The authority's recent three-day ban on the show of one of the pioneers of Ramazan broadcasting would have set a good precedent, had it been allowed to stand by the courts.

But, at another level, tasteless, sensational reporting is also fueled by the shrinking space for good journalism in the country. State and non-state groups have been exerting different forms of influence and control on the media ever since its liberalization in the Musharraf years.

Putting certain journalists on the payroll is one way of influencing the media, but it is not the only one. The union of the corporate interests of particular news organizations and the political interests of policymakers also limits how reporters can cover certain stories.

Violence, even the threat of it, is another form of control. This is, after all, a country where the number of journalists killed or attacked in the course of their work is among the highest in the world.

These forces have limited the space for thoughtful, original reporting on national issues - to the extent that all news organizations have now fallen into the habit of toeing particular lines on important national issues. Publishing reports from foreign wire services has allowed at least some newspapers to avoid toeing a few of these lines on occasion. But, as is evident from the threats received by the reporter who broke the story of parrallel sharia courts in Lahore being run by a proscribed religious organization, original reporting on issues deemed sensitive hardly ever goes unpunished.

Worthwhile stories don't need to be gratuitous to generate interest. If they are well-reported, they gain traction simply by adding some timely and new information to an ongoing national conversation. We should be encouraging the production of such stories if we have had enough of the alternative.