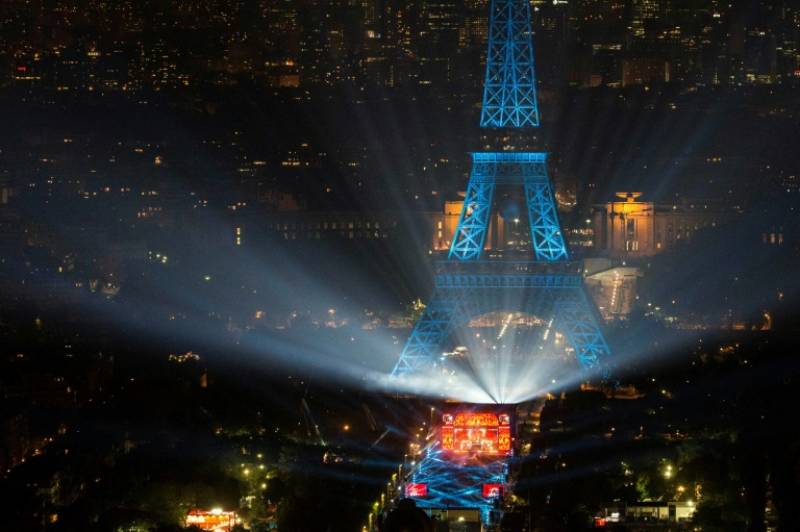 PARIS (APP) - France kicked off Euro 2016 festivities with a huge open-air concert at the Eiffel Tower on Thursday, during which President Francois Hollande promised a smooth event, despite ongoing strikes and looming terror attack fears.

Security was tight as French DJ David Guetta performed in front of some 80,000 cheering fans at the foot of Paris' most famous landmark. The event was seen as the first major challenge of security services in protecting a public event since the Paris attacks.

The party washeld on the eve of the opening match between France and Romania which will take place at the Stade de France.

The government is eager to make sure the championship concludes without a hitch, but the build-up to Europe's four-yearly football extravaganza has been blighted by strikes and street protests over controversial labor reforms.

As hundreds of thousands of fans began pouring into the capital ahead of the football action on Thursday, a train strike rumbled into its ninth day and bags of household rubbish were piling up on the streets of the French capital.

Rail workers have threatened fresh disruption on Friday on the lines serving the Stade de France. Hollande warned the government was prepared to "take all necessary measures" to accommodate and transport spectators, insisting that "public services will be provided".

"I will be paying close attention tomorrow and if decisions need to be made, they will be made," Hollande said on Thursday. "The whole of Europe will be watching."