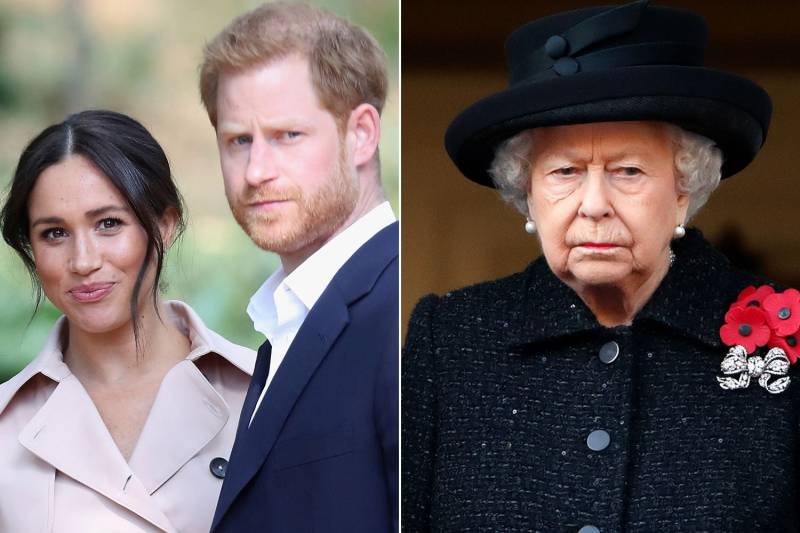 LONDON – Queen Elizabeth II on Tuesday responded to explosive claims from her grandson and Duke of Sussex Prince Harry and his wife Meghan Markle, who spoke their heart out about the long-standing royal life dilemma with Oprah Winfrey.

Queen’s comments were her first since that blasting interview was aired on Sunday. Buckingham Palace issued a short response, stated that the accusations of racism and lack of support are taken very seriously and will be addressed privately. 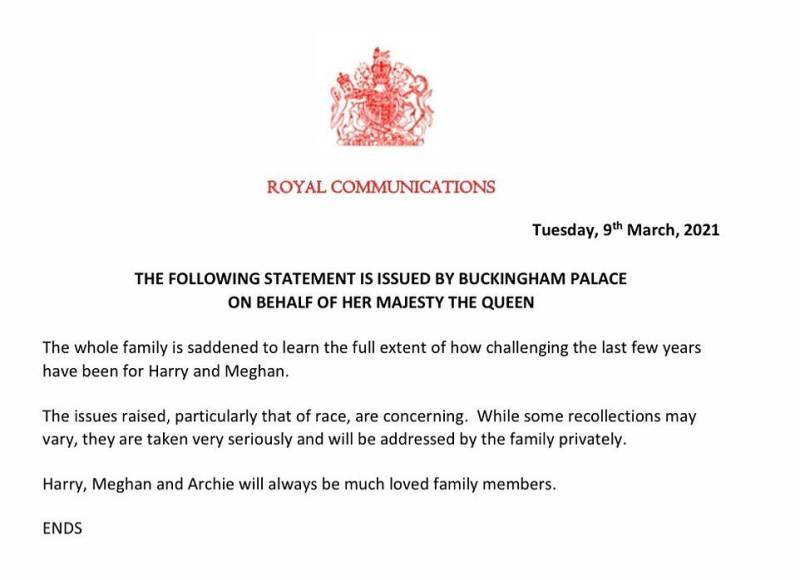 The statement further added that the royal family is saddened to learn of how challenging the last few years have been for Harry and Meghan. The couple will always be much-loved family members, it added.

Earlier, Prince Charles ignored a question about what he made of the interview, as he made his first public appearance since the show aired.

Markle, in his explosive interview, accused the British royal family of racism, lying, and pushing her to the brink of suicide. Her son Archie had been denied the title of prince because there were concerns within the royal family about how dark his skin might be, she mentioned during the interview.

Markle further described the British royal family as uncaring and mendacious along with accusing Duchess of Cambridge, Kate of making her cry before her wedding.