Syrian govt, rebels agree to extend ceasefire for another 48 hours 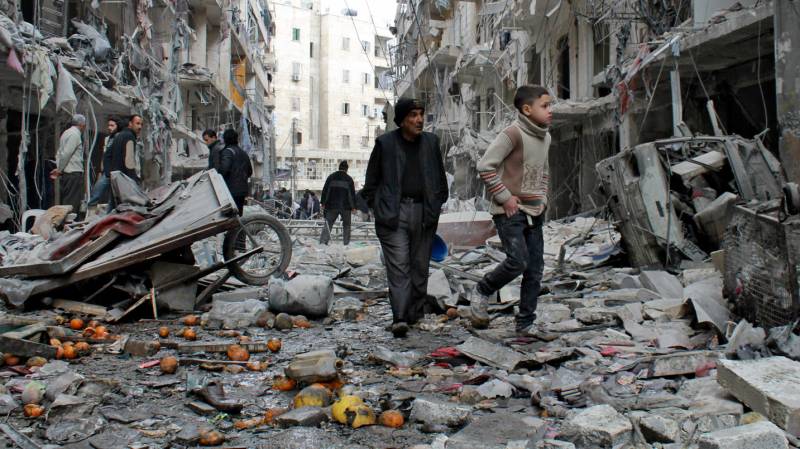 ALEPPO (News Desk) - In Syria, the ceasefire arrangement between regime forces and rebels has been extended by forty eight hours in Aleppo.

The army command said the 'regime of silence' in Aleppo and its province had been extended from Tuesday 11:00 am (PST) to midnight on Wednesday.

The announcement came as Russia and the United States agreed to boost efforts to find a political solution to Syria's five-year war. The two powers also agreed to extend a ceasefire across the whole of the country.

Earlier, fifteen people were killed in fresh violence in the northwestern province of Idlib and Aleppo which is controlled by Al-Nusra Front, according to British media.