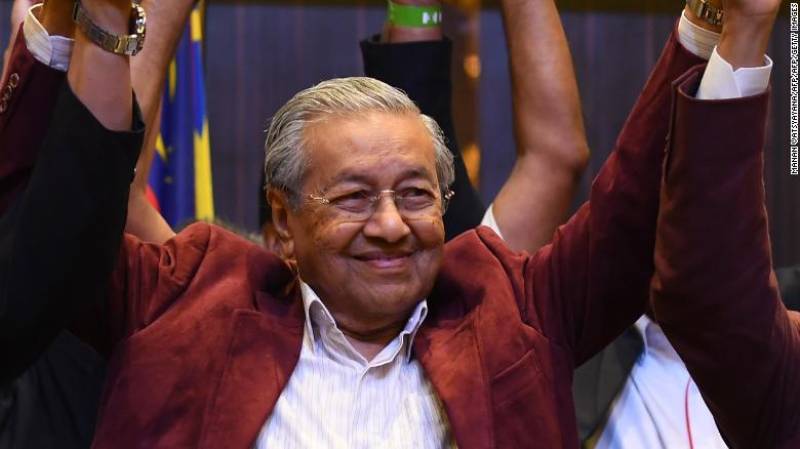 The 92-year-old leader was sworn in by country's constitutional ruler, King Muhammad V, after the opposition ousted Barisan Nasional (BN) coalition, surprising the political commentators across the globe.

Initially, suspicions were raised about the king, deliberately delaying the swearing-in ceremony, however, the concerns died down after an official statement was released.

“His Majesty the King strongly supports and respects the democratic process and the wishes of his subjects,” read the statement.

After taking the oath at the Istana Negara palace in Kuala Lumpur, Mahatir told reporters that he would be focusing the country's finances.

"We have to increase the confidence of investors in the administration." said the former strongman and added that he would seek the return of money lost in a corruption scandal at 1Malaysian Development Berhad (1MDB).

According to official results, Dr Mahathir's Pakatan Harapan (Alliance of Hope) coalition snatched 113 of the 222 seats being contested, despite that it was formed in 2015, just three years back.

On the other hand,  BN took 79 seats, though it had managed to win 133 in 2013 elections. The coaltion ruled the country for six-decades, before being thrown out of power corridor by the engineer.

Interestingly, Mahatir Mohamad was once leading Barisan Nasional (BN) coalition and ruled the country for 22 years, from 1981 to 2003, however, he defected to the opposition to confront former fellow Najib Razak.