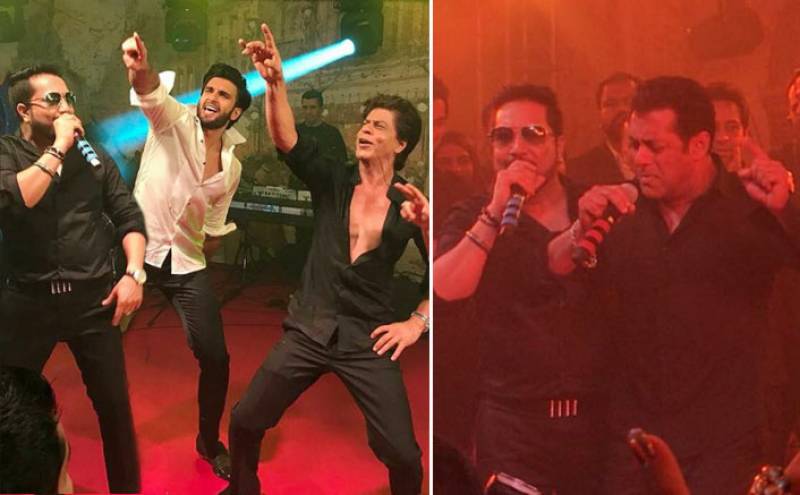 Bollywood singer Mika Singh, recently performed at the most anticipated wedding of the season; Sonam Kapoorand Anand Ahuja finally tied the knot and the celebration saw all of our favourite celebrities come together. While performing, Mika said that it was very difficult to make superstars Shah Rukh and Salman Khan dance together on one stage.

Mika Singh while interacting with the media shared the phenomenal experience of performing at the wedding on Tuesday and he said, "I will never forget this party in my entire life because it was one of the biggest days of my life."

He further added that while he sang, the two superstars made their way onto the stage and "took the whole atmosphere to another level". "It is very difficult to make the two superstars dance together on the stage. Both of them were dancing on stage for almost an hour."

Mika was also asked whether he though Salman should get married now, to which he replied, "I think Salman is an ultimate human being. He is really handsome and down to earth individual and when he sings, he looks really cute. I think he is the real King. Earlier, Kings used to have so many girlfriends. I don't think he needs anyone."

Talking about his new song Mika said, "Today's generation like to listen new sound, music and voice. It's already a hit and popular song. We had a meeting with Sa Re Ga Ma when we decided to recreate this song because original rights of the songs are with Sa Re Ga Ma."