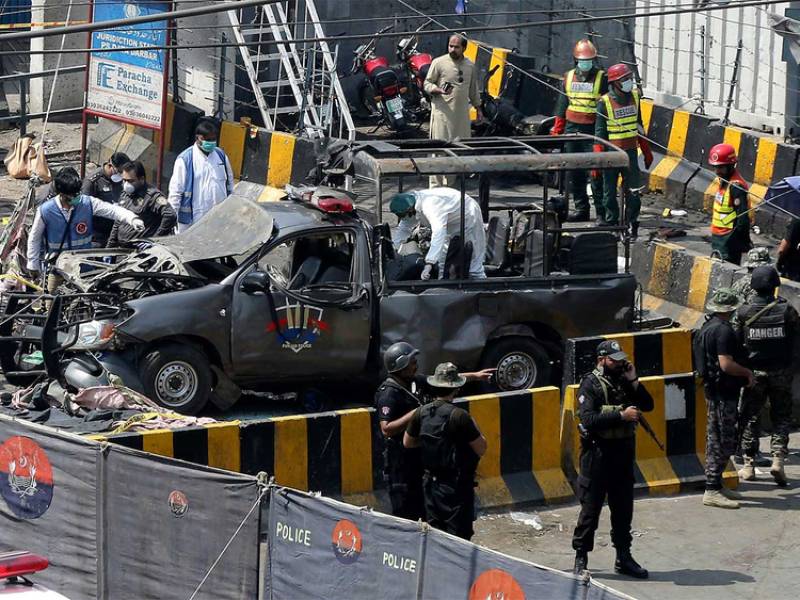 LAHORE - The death toll from Wednesday’s suicide attack outside the Data Darbar shrine in Lahore mounts up to 12 after a teenager succumbed to his wounds earlier today (Friday).

According to media reports, 19-year-old Mudassar, resident of Lahore’s Mori Gate, passed away due to injuries sustained in the terror attack, bringing the toll from the terrorist attack to 12.

Yesterday (Thursday), a policeman Saddam Hussain, resident of Kasur, succumbed to his injuries.

As many as 25 another were being treated for their injuries, out of whom one was said to be in critical condition.

Five elite force cops, a security guard and civilians were among the martyred in the suicide blast, which targeted a police van stationed outside at the entrance of Data Darbar.

LAHORE – The initial investigations have suggested thrilling details of the Data Darbar suicide bomber who targeted ...

The militant Hizb-ul-Ahrar, a break-away faction of the Tehreek-e-Taliban Pakistan has claimed responsibility for the blast outside the Data Darbar (Sufi shrine) in Lahore.

The group has been involved in recent bombings in Pakistan and had also claimed responsibility for the attack on police in Khyber Pakhtunkhwa’s Dera Ismail Khan in February this year.