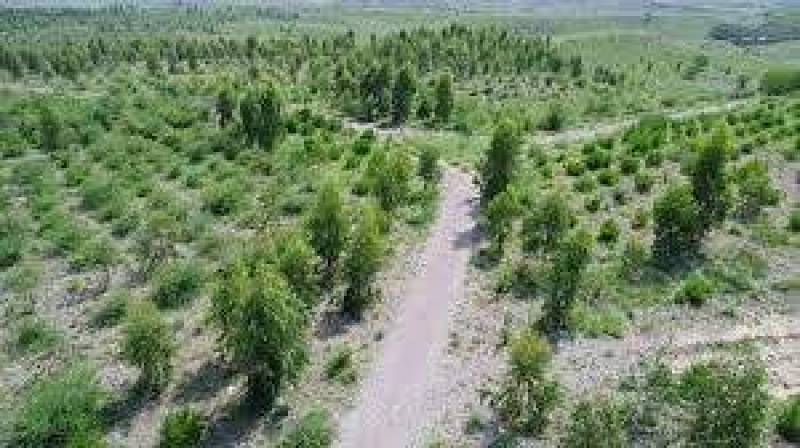 ISLAMABAD/BEIJING – During the COVID-19 pandemic lockdown, the Chinese port operator at Pakistan's southwest Port of Gwadar focused its attention on forest-planting, and has now successfully completed a friendship forest in a city situated in a desert climate, gifting the city its first ever green park.

At the foot of the area's Koh-e-Batil Hill, the forest spreads across 60 mu (4 hectares) of land provided by the Pakistani government for free. The construction of the park was supported by the local community and the Pakistani Navy, which promptly relocated its camps and buildings in just two weeks to evacuate the land needed for forest planting, according to an article published by Global Times.

Located in Pakistan's southwest province of Balochistan, Gwadar Port is a key project of the China-Pakistan Economic Corridor (CPEC), a flagship project of the China-proposed Belt and Road Initiative (BRI). Since its operation, the port has begun to play a new role as an economical transit stop and time-saving trade port for land-locked Afghanistan when it ships fertilizer.

To build a forest in Gwadar's desert climate with almost no rain is no easy task, and the China Overseas Ports Holding Company - the port's operator - joined hands with the city government of Puyang, in Central China's Henan Province, to work toward the target of affording the local community a green park in as short a time as possible that would have low maintenance costs and be easily accessible.

The most advanced irrigation technology is applied here, a manager of the forest park's builder said, noting that the building of the forest received on-site guidance by a team of Chinese agriculture experts.

A total of 100,000 trees, shrubs and flowers that resist high-temperature, high saline-alkali soils were planted, with a 10,000-meter-long irrigation pipeline system, and a storage tanker holding up to 3,000 cubic meters of water, according to the company.

"It takes us about 10 months to complete the friendship forest, roughly coinciding with the time period of the pandemic, and we are continuing work to improve the park and the forest," Zhang Baozhong, chairman of China Overseas Ports Holding Company, told the Global Times.

The fact that a forest of this size can be added to the extremely hot and dry land of Gwadar in such a short time shows how much importance China's BRI builders attach to the concept of green development - a concept also specifically implemented in China to help work toward a sustainable ecological civilization, analysts pointed out.

Xu Liping, director of the Center for Southeast Asian Studies at the Chinese academy of Social Sciences in Beijing, told the Global Times on Monday that while infrastructure-building lies at the core of the BRI development, the green aspects of BRI development also began to achieve tangible results in recent years. The new feature is an important accent of BRI's sustainable approach toward development.

"Such a development approach is in accordance with UN's development goals and that of the BRI's. It marks the fact that BRI development has entered a high-quality development phase," Xu added.