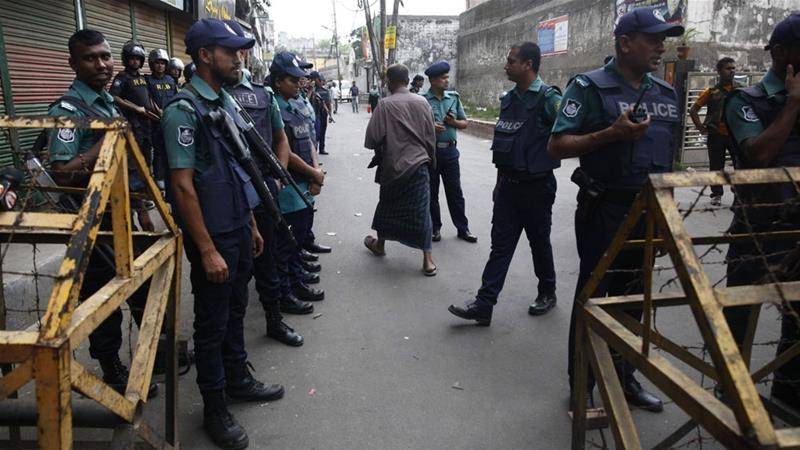 DHAKA - A Bangladesh court on Wednesday sentenced 19 people to death over a 2004 grenade attack on the current prime minister, although a top opposition leader escaped with a life sentence.

The attack in Dhaka on a rally by Sheikh Hasina, at the time in the opposition and now prime minister left her injured and killed 20 people.

Tarique Rahman, son of then-premier and Hasina's ally-turned-archrival Khaleda Zia, was among 49 people on trial, with Rahman charged with criminal conspiracy and multiple counts of murder.

Rahman, 50, has been tried in absentia after he fled the country for London in 2008.

He now leads the main opposition Bangladesh Nationalist Party (BNP) from exile after Zia was jailed in February for five years for corruption.

"We thank God for the verdict," prosecutor Mosharraf Hossain told reporters on Wednesday amid tight security.

"We hoped that Tarique Rahman would get the death sentence," he said, adding the court observed that Rahman played a key role in the attack.

Hasina was addressing the rally when the grenades exploded and suffered severe injuries in one ear. Among the dead was the wife of a former president.

Four years later, Hasina stormed back to power after leading a secular coalition to a landslide victory in elections in December 2008.

Two other ministers, former heads of the intelligence agencies and police and a key aide of Zia were also facing death sentences in the case.

Three Islamist extremists were also charged over the attack and later executed in a separate trial.

Death sentences are common in Bangladesh, with hundreds of people on death row. All executions are by hanging, a legacy of the British colonial era.

At least nine top Islamist extremists, five leaders of the country's largest Islamist party and a senior opposition leader have been hanged in Bangladesh's jails since 2007.

Rahman's lawyer Sanaullah Mia said the charges against his client were politically motivated.

He questioned the timing of the verdict, saying it was aimed at keeping Rahman out of elections expected for December.