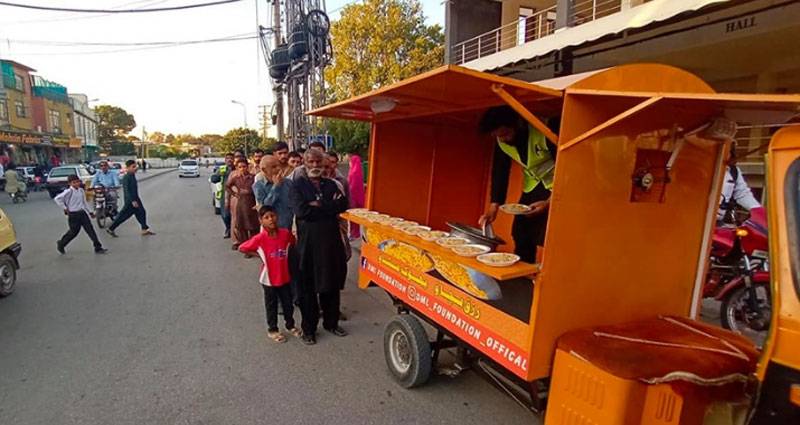 RAWALPINDI - A rickshaw based service has been providing free meals to people seven days a week.

Rickshaw Meherbani is being run by eight friends, all university students, said a member of DML Foundation Zaid Fawad while speaking on the media portal 'SAMAA TV's' officials on Wednesday (yesterday). “When we started, all of us used to contribute from our own pocket money and asked our families for donations,” he said. “We believe that charity starts at home.”

He had also shared that the hardest part for them has been to gain the trust of the donors and people living in Rawalpindi’s Lalazar. The group then decided to start collecting donation by going door-to-door at all houses in the area. “After four years of constant efforts and by the grace of Allah, people are donating through online channels,” stated Fawad . 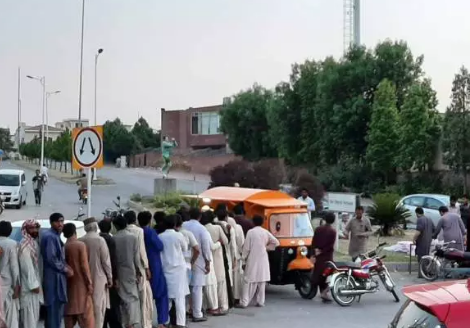 He explained that before going to their respective universities the team distributes free breakfast amongst the underprivileged people. “We then take our Rickshaw Meherbani to multiple locations across the city to distribute lunch past noon,” said Fawad , adding that they distribute free meals at multiple locations seven days a week.

The exercise takes about four hours. On Saturdays, however, they work all day long. We have been distributing free food under the Dewar-e-Meherbani project for the last four years, he remarked. Then they started a ration drive for widows and they distribute it on Saturday.