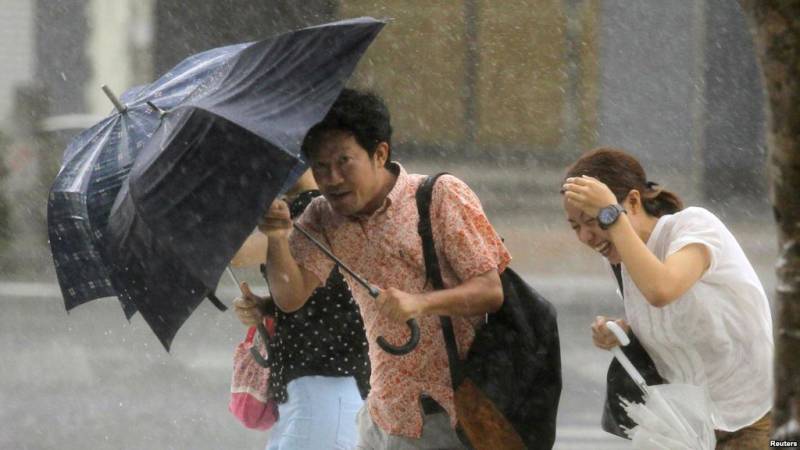 JOSO (Web Desk) - Widespread flooding and landslides in north-east Japan have forced more than 90,000 people to abandon their homes.

The city of Joso, north of the capital, Tokyo, was hit by a wall of water after the Kinugawa River burst its banks. 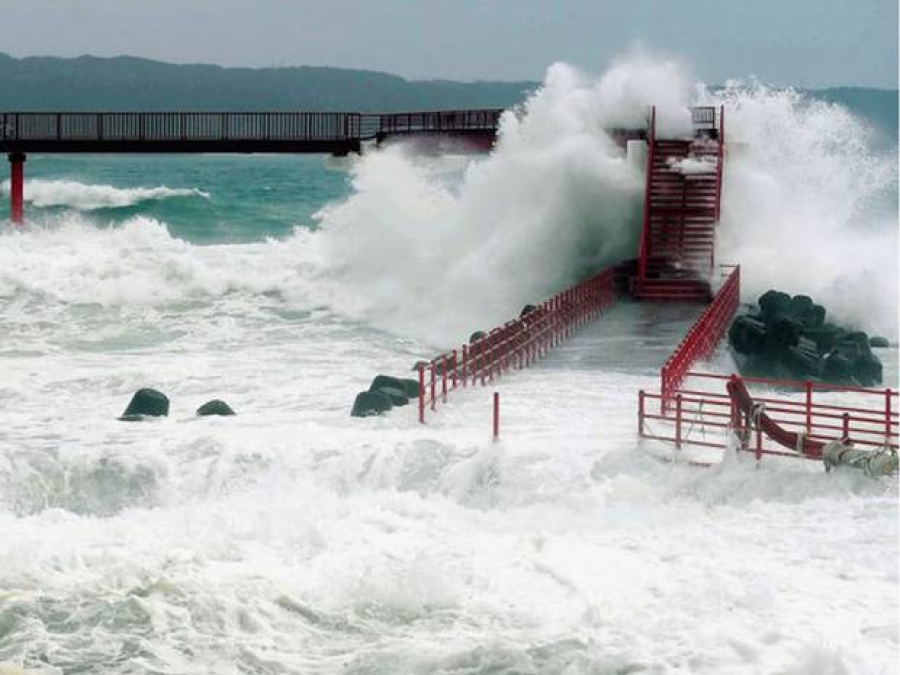 Helicopter rescue teams have been plucking people from rooftops, the BBC reported. 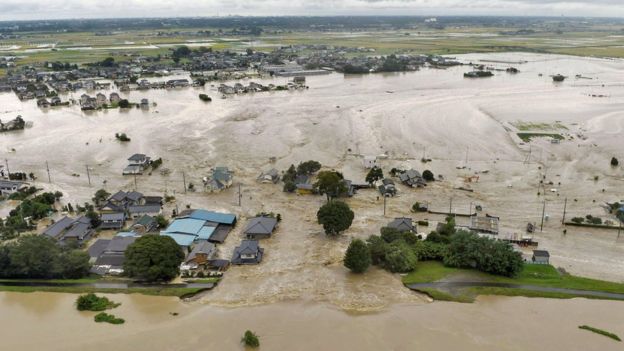 One person has been reported missing in the region and at least 12 are injured.

The rains come a day after Typhoon Etau brought winds of up to 125km/h (78mph) to central Aichi prefecture. 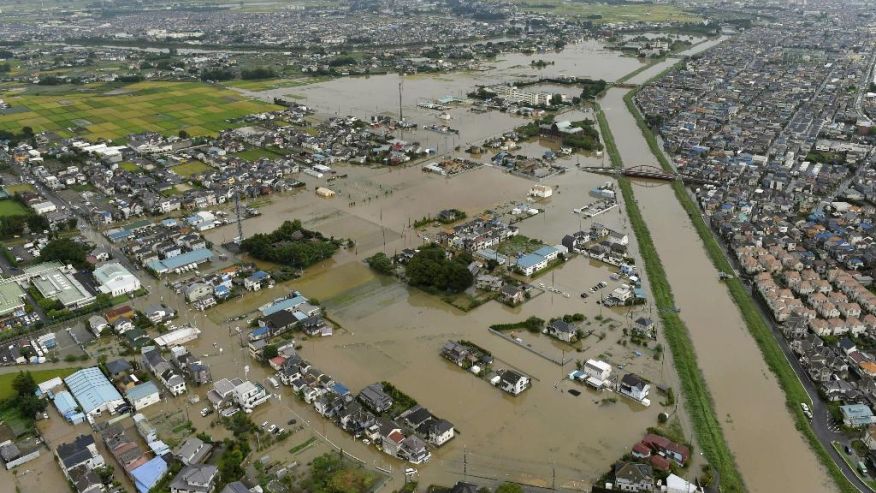 "This is a scale of downpour that we have not experienced before. Grave danger could be imminent," the chief forecaster at the Japan Meteorological Agency (JMA), Takuya Deshimaru, told an emergency press conference earlier on Thursday.

The hardest-hit areas have been Ibaraki and Tochigi prefectures. Japan's Meteorological Agency had put both regions on its highest level of alert.

Local media reported one person missing after a landslide hit a house in Kanuma, Tochigi prefecture. 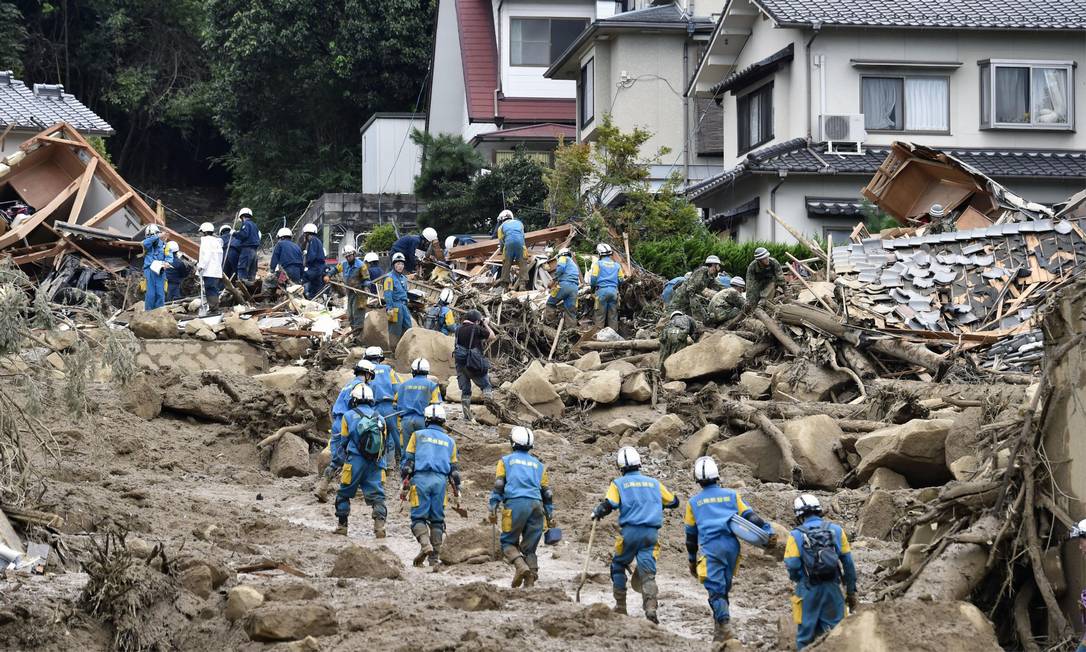 Some areas had power cuts and transport was disrupted, with many air and train services cancelled or delayed. Some roads were also closed. 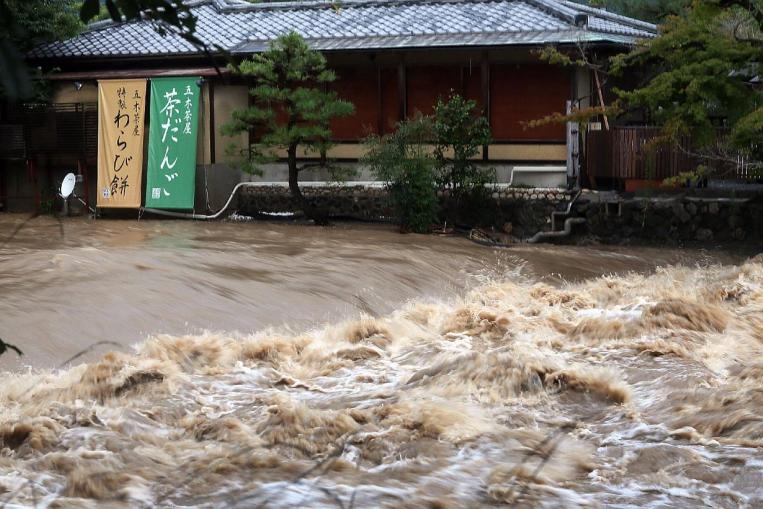 "The government will stand united and do its best to deal with the disaster... by putting its highest priority on people's lives," he told reporters. 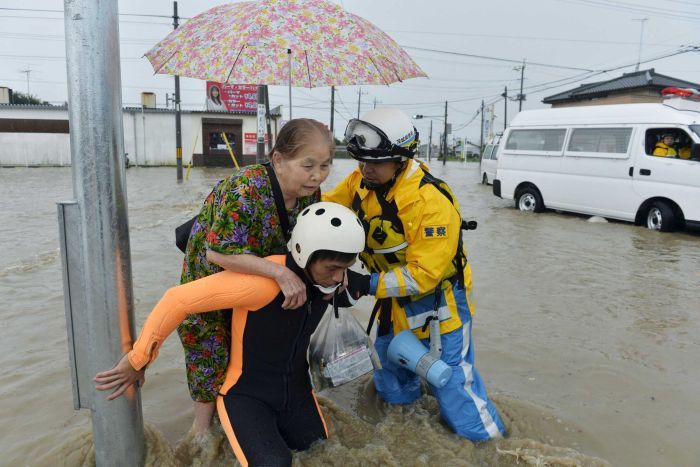