Indian village mourns two elephants who got electrocuted to death 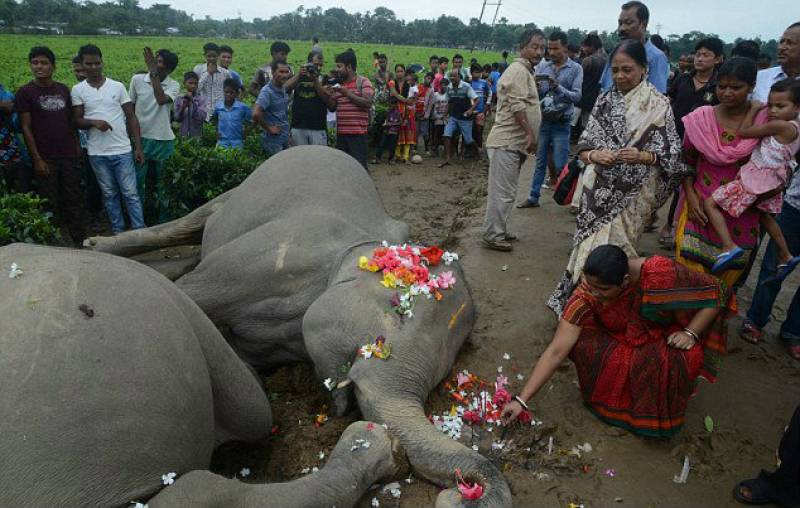 SILIGULI - Two elephants were colourfully mourned by a community in the Indian state of West Bengal where the animal is revered as sacred god-like.

The elephant and her calf both perished near the Kiranchandra Tea Garden, near Siliguli, after becoming trapped in electrical wiring. 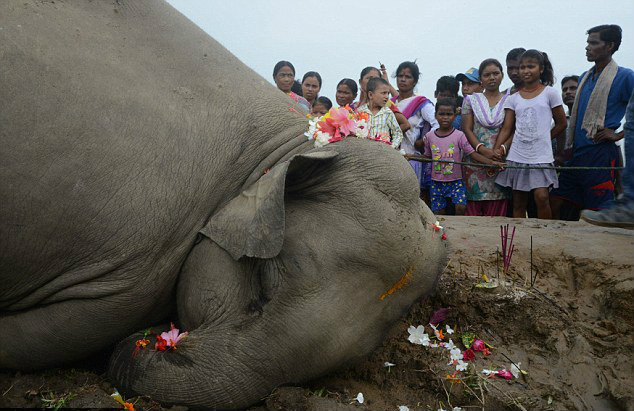 The calf had initially got stuck in the live wires before the mother came to rescue her calf and also died, according to local blog ilovesiliguli. 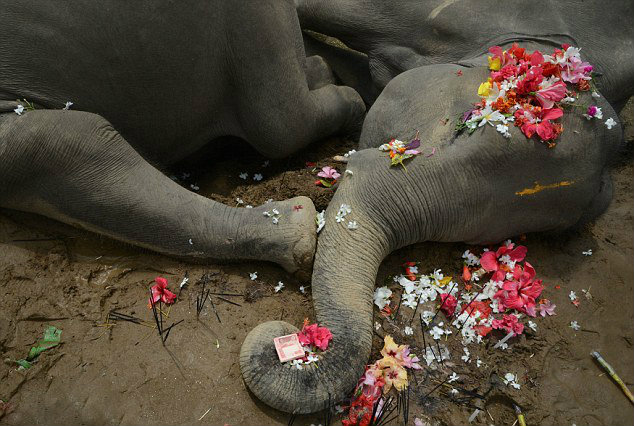 The dead animals were brightly decorated with flowers as part of the send-off. 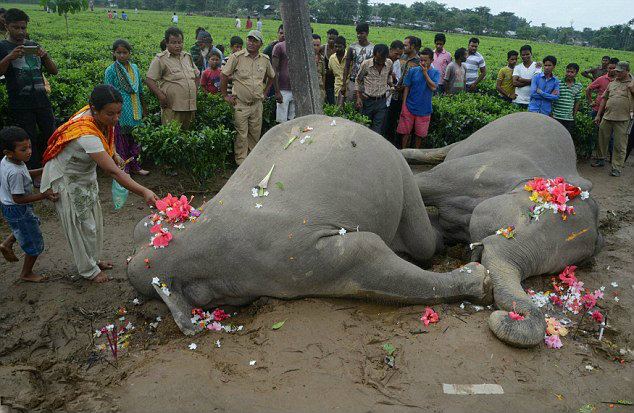 Pictures show a circle of people standing around the elephants as they form a makeshift funeral.