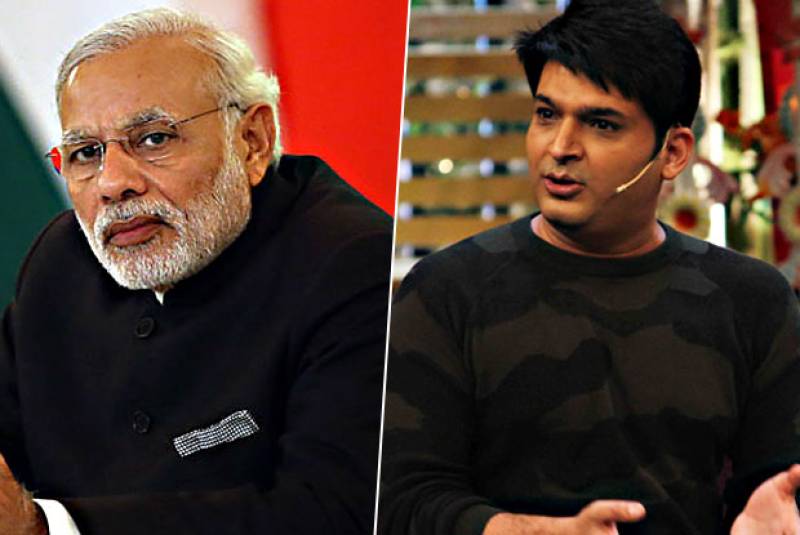 NEW DELHI (Web Desk) - Indian Comedian Kapil Sharma, one of the top entertainers on Indian television screen complained to Prime minister Narendra Modi after he was demanded bribe by municipalofficer.

Kapil who is known for his witty one liners took a serious stance on Thursday and tweeted PM Modi that a Brihanmumbai Municipal Corporation (BMC) officer was asking for a Rs. 5lakhs as a bribe for setting up an office.

The star comedian also tweeted that he was paying a whooping 15 crore income tax from last 5 year and still he was demanded Rs. 5lakhs as bribe. He questioned Prime Minister Narendra Modi on his promise of bringing "acche din", in the backdrop of corruption still perturbing the common man.

Soon after the tweet went viral, the Brihanmumbai Municipal Corporation (BMC) asked Sharma to reveal the name of the official who demanded a bribe.

“We request, Mr. Sharma to share the name of the official and enable BMC to take strict action,” chief of the BMC’s vigilance department, Manohar Pawar, said.

Chief Minister of Maharashtra also took notice of the incident and sought complete details for any action against the officer.

Kapilbhai pls provide all info.
Have directed MC,BMC to take strictest action.
We will not spare the culprit.@KapilSharmaK9 @narendramodi

Sensing the severity of the matter, BMC officially contacted 35-year-old media star to reveal the details regarding his complain. 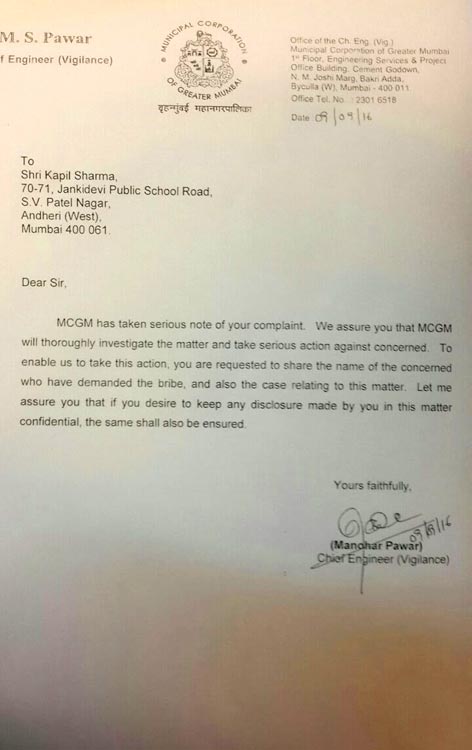 Sharma later clarified that he complained to highlight corruption and his criticism was not aimed at any specific political party.

I just voiced my concern on the corruption I faced with certain individuals..Its No blame on any political party be it BJP, MNS or ShivSena