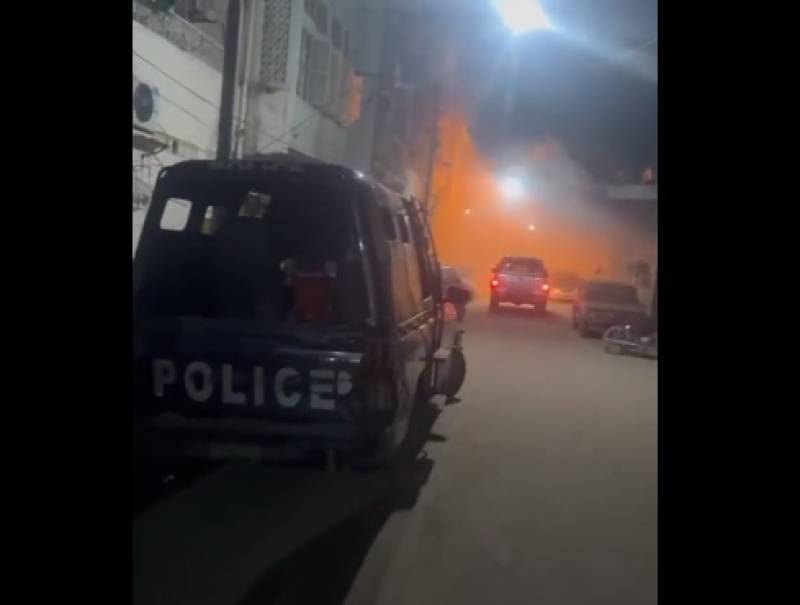 KARACHI – A massive fire broke out and doused at the former Muttahida Qaumi Movement-London (MQM-L) headquarters, also known as Nine Zero, in Azizabad area of the port city.

Police said that no loss of life was reported due to blaze that started in the early hours of Friday, reports said.

The fire was powerful enough that it damaged the nearby houses and parked vehicles, police said, adding that no one was living in the building as it was sealed for years.

An emergency team comprising six fire tenders took part in the dousing operation and managed to eliminate the raging fire after hectic efforts.

Nine Zero the birthplace of Altaf Hussain on fire in Karachi pic.twitter.com/IPPf1QOPQ0

A Rangers official stationed there was injured in the incident.

Police suspected that gas leakage led to fire, which may have been erupted due to short circuit failure. An investigation has been launched to determine the exact cause behind the fire.