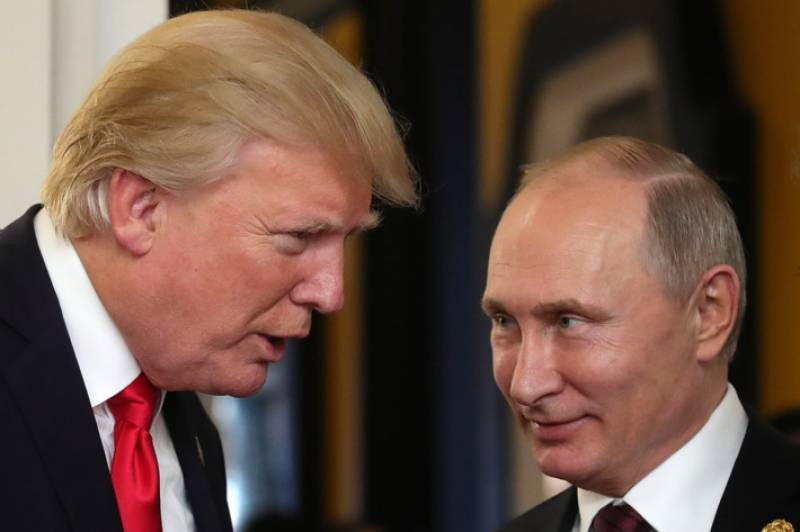 WASHINGTON - US President Donald Trump took a strong exception to Russian collusion with Syrian President Bashar al Assad over the Syrian crisis, warning that new and smart missiles would be coming.

In a series of tweets on Wednesday, the tycoon-turned-president stated that Kremlin should not provide succour to Assad regime, terming him 'animal' yet again.

In another lengthy tweet, POTUS declared that the relationship between US and Russia was worse than it has ever been, including the one they had during the era of Cold War.

"Russia needs us to help with their economy, something that would be very easy to do," stated the president.

It is worth mentioning that the White House occupant fired a series of tweets and labelled Syrian president Bashar al Assad ‘animal’ for the ‘mindless’ chemical attack allegedly involving chlorine gas on Sunday.

At least 80 civilians have been killed since Friday after Assad regime launched fresh air raids on rebel-held areas of Eastern Ghouta, according to the Syrian Observatory for Human Rights.

The groups, including the White Helmets, the Douma Coordination Committee and the Ghouta Media Center, claimed that toxic gas inside barrel bombs dropped by helicopters over the city caused people to suffocate and choke, CNN reported.