Zamzam: The well of blessed water that never dries out 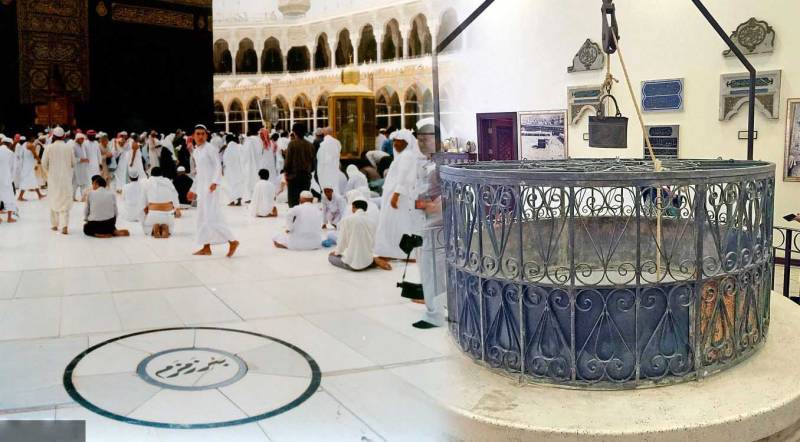 The Zamzam well, which is located 20 metres from the Kaaba, is known as the oldest of its kind.

Muslims believe that arrival of Hazrat Ismail A.S to Makkah in the year of his birth happens to be the year when Zamzam first appeared. The well of blessed water is approximately 4000 years old as per the Hijri calendar.

The well is said to be among the most enduring miracles of Islam, depicting the mercy of Allah Almighty. It is believed to be sacred within Islam as its origin is mentioned in key Islamic texts. Prophet Ibrahim AS, his wife and their baby son found water which was hard to come in modern-day Saudi Arabia.

The water is said to be important for more than a billion Muslims as the faithful believe it has healing powers besides its spiritual importance.

Zamzam's name is derived from the phrase Zome Zome, it’s the words repeated by Hazrat Ibrahim’s wife as she prayed for freshwater.

The water from this well includes a higher level of natural minerals and it is the key reason it has a distinct taste. The holy well pumps water with a maximum rate of 18.5 liters per second, and a minimum of 11 liters per second.

Zamzam well which is 20 metres away from Kaaba with 30 metres of depth, its water is considered blessed and there are many narrations regarding it. Studies have shown that the canals that feed the well is producing about 11 to 18.5 litres per second. pic.twitter.com/fgdjtBZ809

Back in the day, the Zamzam well was protected in a natural way, but the whole set up was upgraded in the rule of late King Abdullah. The modifications were made as the demand for Zamzam water increased in the last decades.

Hajj and Umrah pilgrims used to drink and take bottles of Zamzam water home. A modern water distribution system is in operation in various corners of the Makkah Grand Mosque for easy access to worshippers.

Optical fiber technology is used for extraction, pumping and continued surveillance of storage.

Last year, Saudi officials launched a smart robot to distribute the holy water inside both holy places to curb Covid spread. At least 10 smart robots were introduced to support sterilisation efforts in the Grand Mosque.

RIYADH – In an attempt to assist pilgrims and limit human contact to stem the spread of the novel Covid-19, the ...