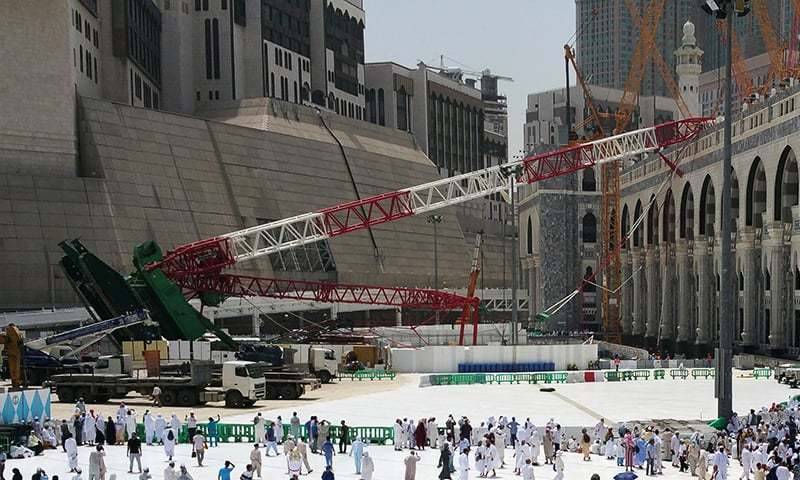 RIYADH (Web Desk) - Fourteen people including two Pakistanis have gone on trial in Saudi Arabia over a deadly crane incident in Makkah that killed 111 pilgrims and injured hundreds.

State-linked newspapers said six Saudis, including a billionaire, as well as two Pakistanis, a Canadian, a Jordanian, a Palestinian, an Egyptian, an Emirati and a Filipino are on trial. The defendants' names were not made public.

The Okaz newspaper says the defendants are accused of negligence, damaging public property and ignoring safety guidelines. It appears all are employees of the Saudi Binladin Group, the construction giant that was operating the crane.

The accused denied the charges against them, insisting the crane collapse was caused by inclement weather.

The criminal court in Jeddah, where the trial began Wednesday, ordered a new session for next month to allow the defence to respond.

Okaz said prosecutors decided not to file charges against 42 others who were under investigation, including 16 members of the Binladin family. Dozens of cranes surround Makkah's Grand Mosque, part of a massive construction effort headed by the Binladin Group.

The Binladin family has been close to Saudi Arabia's ruling family for decades and runs major building projects. Al-Qaida's late leader Osama bin Laden was a renegade son disowned by the family in the 1990s.