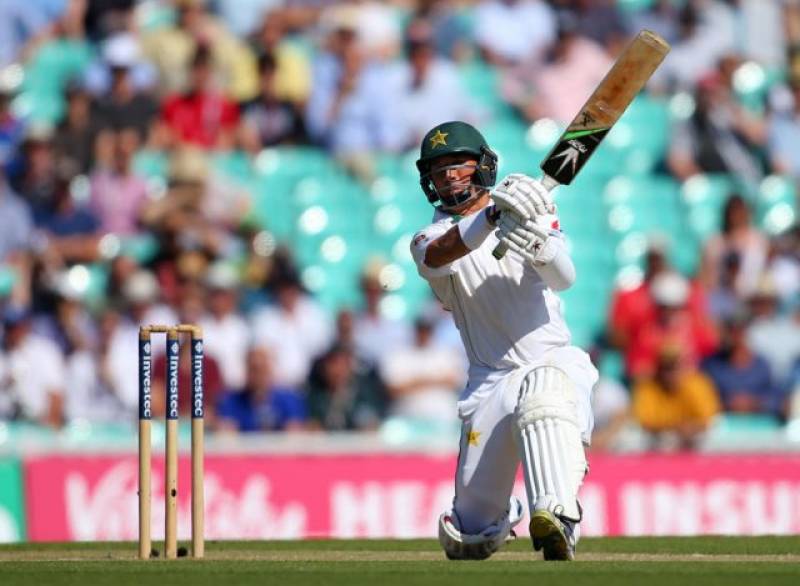 LONDON (Staff Report) –Pakistan were 340 for six in reply to England’s first innings 328, 12 runs in front, at the end of the second day of the fourth Test at The Oval on Friday.

Younis ending a run of low scores with 101 not out after sharing a fourth-wicket partnership of exactly 150 with Shafiq (109).

Earlier, England were dismissed for 328, after winning the toss.

Moeen Ali top-scored with 108 before he was the last man out, caught hooking off Sohail Khan.

England won the toss and elected to bat first against Pakistan in fourth and last Test match of the series at the Oval here on Thursday.

Pakistan Captain Misbah-ul-Haq said we would have also chosen to bat first if we had won the toss.

Pakistan made two changes, with top-order batsman and occasional off-spinner Iftikhar Ahmed given a Test debut in place of struggling opener Mohammad Hafeez.

Meanwhile, left-arm quick Wahab Riaz was recalled in place of fellow paceman Rahat Ali for his third match of the series after missing out at Edgbaston.

England leads the series by 2-1.

PTV Sports and Ten Sports will broadcast the matches live in Pakistan and UAE, respectively.

The series comprises of four Tests, five ODIs and a T-20 match.

Misbah ul Haq will lead the national test team in the Test series while Azhar Ali and Sarfraz Ahmed will captain the teams in ODIs and Twenty20, respectively.