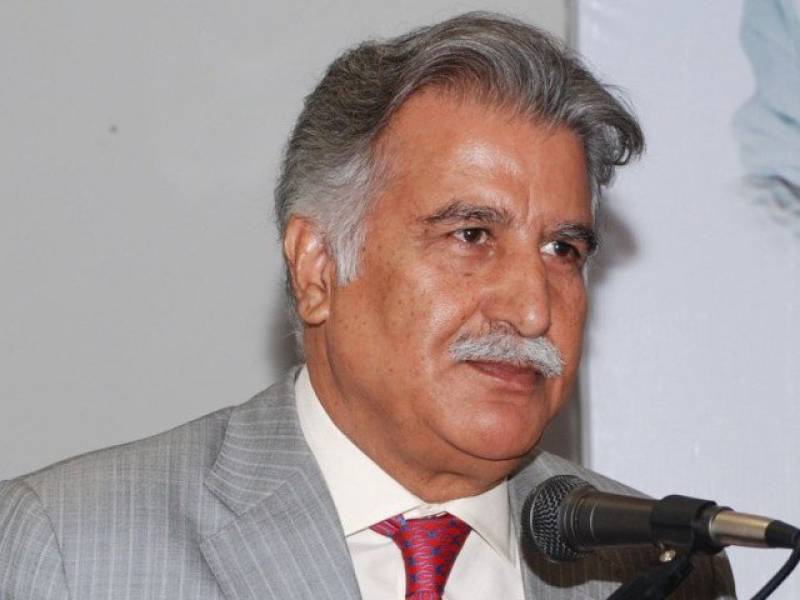 According to a notification issued by the PM House, the dismissal of Gondal was done upon completion of multiple inquiries by competent officers.

The premier, after reviewing the reports suggesting that the charge sheet and allegations against Zafar Gondal were proved right observed that Gondal serving as a Grade-20 officer of the Pakistan Audit & Accounts Service should be dismissed.

The dismissal was sought by the officer who put forth his recommendations on 4th January 2017 after reviewing the overall case against the Gondal, who inflicted heavy loss during his tenure as chairman 'Employees' Old-Age Benefits Institution'.

'The documentary evidence against Mr. Zafar Iqbal Gondal is so clear and compelling that the Inquiry Officer is completely justified in concluding that the charges against him stand fully proved' the notification said.

The inquiry officer also concluded that Gondal resorted to delaying tactics during the trial including seeking open-ended adjournments; not responding to the statement of allegations and charge sheet despite having received and acknowledged these documents.

Upon receiving the recommendations, the premier using his authority under the ambit of 'Government Servants (Efficiency and Discipline) Rules 1973' concluded that Gondal is guilty, beyond reasonable doubt, of 'corruption', 'misconduct' and inefficiency.

The Federal Investigation Agency had initiated investigations against Zafar Gondal for causing a Rs44 billion loss to the national exchequer through underhand land deals.

Gondal allegedly violated the investment rules of EOBI to buy lands in Lahore, Islamabad and Karachi at exorbitant prices. The official record, a copy made available to the EIC, suggested that the EOBI board vehemently opposed the controversial land deals.

One of the many underhand deals led by Gondal included EOBI purchasing a plaza in Islamabad from a man named Abdul Qayyum at an extremely high price without a third-party evaluation. Qayyum had later told FIA investigators that he paid a kickback to Gondal and other senior officials of EOBI.

In accordance with section 18 of the EOB Act 1976, the institution may, from time to time invest any money which is not immediately required for expenses under this act and may reinvest or realize investment.

The mandate of these Committees is to examine any matter referred to them and submit its recommendations to the Board for its consideration and approval. The Investment Committee considers parking of surplus funds in Treasury Bills, and Term Deposit Receipts (TDR) in different banks, investment in equity market and investment proposals in real estate. However, under rule 6 (g) of the EOBI (Board of Trustees) Rules 1977, (Annex II)  investment of more than 50 Lac in real estate requires the prior approval of the Board of Trustees of EOBI.

Rule 3 of the EOB (Investment) Rules 1979 prescribe the permissible investment such as in government securities, Government Guaranteed Securities, shares and immovable properties etc whereas rule 4 of these rules prescribed the limits of investment in each avenue. However, it was established practice before 2010 to invest only in government-owned real estate schemes in order to save the trust money of the poor workers. Thereafter, the management of EOBI started investing in private property as well in violation of established practice.

Several cases were registered against the management of EOBI including Zafar Iqbal Gondal (Chairman EOBI) and the sellers of various properties for buying these properties at highly exorbitant rates.

Gondal was Chairman, Member Board of Trustees and Member Investment Committee. He is the main accused person in all the cases registered as he was not only the chairman but also a member of Investment Committees and Board of Trustees who made illegal investments in private properties in violation of previous practice causing colossal loss of billions of rupees to EOBI.