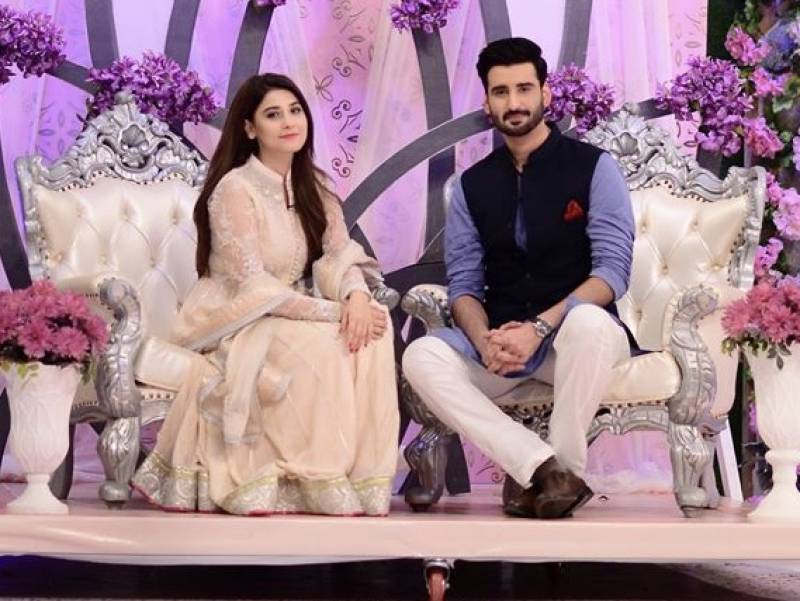 Aagha’s problematic statement about asking his wife to not gain weight didn’t sit well with the public and he was heavily criticised for it.

However, on Monday night, the actor took to Instagram to respond to the backlash and cleared that his his true meaning was lost in translation.

According to Aagha's explanation, his concern is because "no producer/ director/ writer would like to have an overweight heroine."

His justification doesn’t make any sense because he is still saying the same thing as before. Only the words have been changed.

There's no denying it: women are socially conditioned from a very young age to feel that most of their value and beauty comes from how they look like. And instead of advocating for change, the so called “educated” and “influential” lot of our country continues to normalise this pathetic concept.

During a live interview with morning show host Nida Yasir, Hina Altaf revealed that he husband Aagha Ali only had one request before they got married, and that was to never gain weight.

“Right before our wedding, Agha showed me a picture on his phone and just asked me one thing. He said, ‘If you ever get this fat…” shared Hina, before being interrupted by Agha.

Agha then elaborated on what he was trying to say. “Before our marriage, I only asked for one promise. I said that I don’t want anything else except this one promise.” he explained.

“Please don’t get fat,” continued Hina as Agha and Nida laughed along.