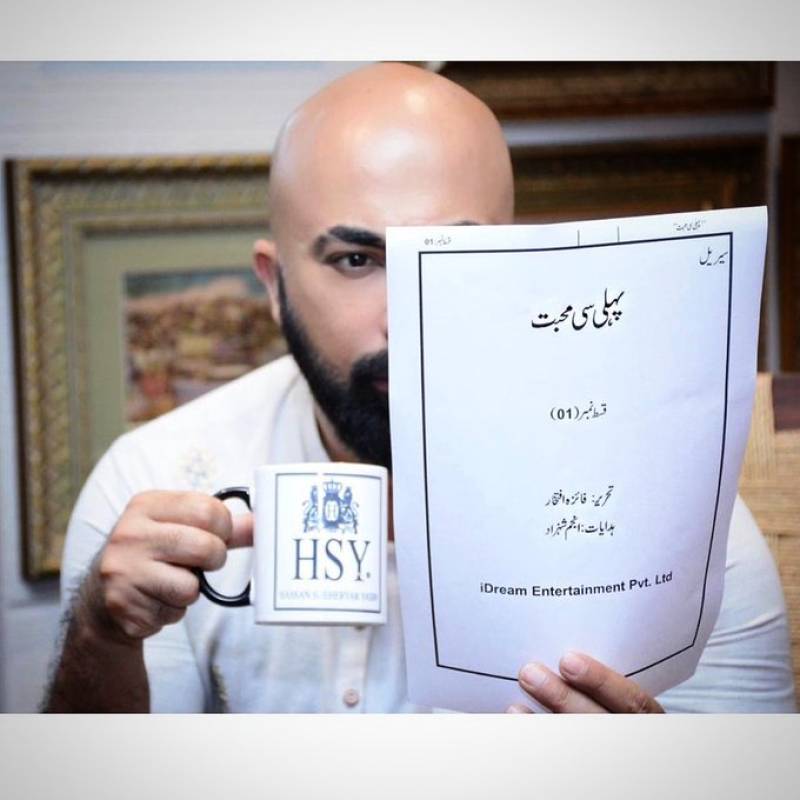 After making his mark in the fashion arena, ace designer Hassan Sheheryar Yasin is venturing in to the world of acting.

HSY is all set to make his acting debut in the upcoming drama serial ‘Pehli Si Mohabbat’.

He took to Twitter to announce the news. Posting a picture of himself looking at the script of the show, HSY wrote, "Pehli si Mohabbat. Excited to announce my acting debut on TV.”

The drama will feature Maya Ali and Shehryar Munawar in the lead roles.

Penned by Faiza Iftikhar, 'Pehli Si Mohabbat' will be directed by Anjum Shahzad.