US fires Minuteman III ICBM in test of re-entry vehicle 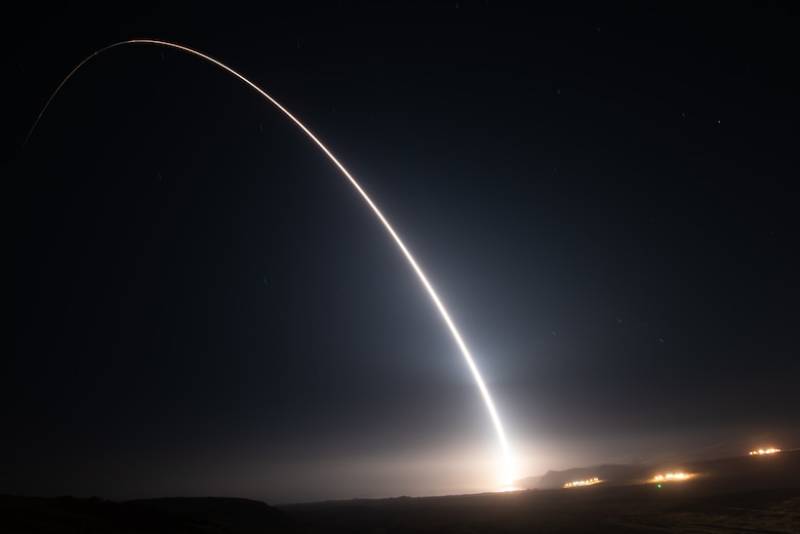 The launch from Vandenberg Space Force Base in the US state of California took place shortly after midnight on Wednesday, the USAF said in a statement on Wednesday.

"This launch involved a Hi Fidelity Joint Test Assembly re-entry vehicle that detonated conventional (i.e. non-nuclear) explosives prior to hitting the surface of the water approximately 4,200 miles downrange near Kwajalein Atoll in the Marshall Islands," the statement added.

"These test launches verify the accuracy and reliability of the ICBM weapon system, providing valuable data to ensure a continued safe, secure and effective nuclear deterrent.

Tests of US intercontinental ballistic missiles [ICBMs] demonstrate the readiness of US nuclear forces and provide confidence in the lethality and effectiveness of the nation's nuclear deterrent," the release added.

For 50+ years, the #MinutemanIII #ICBM fleet has underpinned our strategic force & played a critical role in ensuring the protection of our allies as a leg of the #nucleartriad. Today, #Strikers showcased our readiness during an operational test launch-- #SafeSecureReady #GT239 pic.twitter.com/phERTO7NC6

Ground Based Strategic Deterrent, the Program of Record, will replace the Minuteman III ICBM with an initial capability of 2029. Until full capability is achieved in the mid-2030s, the Air Force is committed to ensuring Minuteman III remains a viable deterrent.