Amar Khan in 'Bellapur Ki Dayan' will leave you haunted! 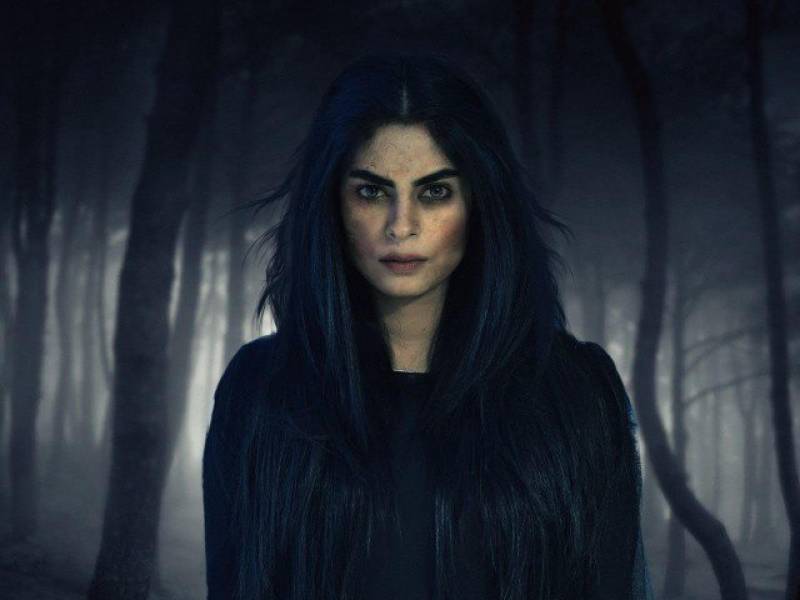 For those of you who don't know, Amar Khan is a Film and TV graduate who also has had a lot of experience in theatre. Daughter of actress Fareeha Jabeen , Amar Khan is a force to be reckoned with as she is known for her unique choices of roles. She recently worked alongside Adnan Siddiqui in his own production, Ghughi, where she plays a strong and courageous Hindu woman in the 1940's.

However, her latest endeavour is what really has us excited! Amar is set to don the role of a real live witch in Saife Hasan's Bellapur Ki Dayan! Her co-stars include Adnan Siddiqui, Irfan Khoosat, Sarah Khan and Shakeel to name a few.

Speaking of how she was cast for the supernatural horror series, Amar said, in an interview with The Tribune, “I was shooting the last spell of Ghughi and the pictures of the serial were already out when Saife had the producers call me. I got to know it was a very ambitious and experimental project, so I went in and met with the director who told me that he saw a dayan in me,”

“He told me he saw something very satanic in my eyes and that’s how the journey started," she added.

For a newcomer in the industry, ANY role can be extremely daunting, let alone the role of a blood-curdling and scary witch, however Amar had this to say,"I was very concerned about my look because it could either be an image-maker or breaker. But Bellapur Ki Dayan isn’t the typical dayan, with all those disgusting elements that we get to see in Asian horror flicks."

She also added,“It’s been given very realistic treatment. My director’s very much hanging me with cables in the air and he’s making me do all these acrobats, so it’s no longer a bedroom drama where I shed a tear or two, or even play a glamorous nagin; nothing of such sort.”

The plot follows the story of an average girl from the 80's and is narrated over two eras. After Ghughi, we will again see the upcoming starlet act next to Adnan Siddiqui as her initial love interest.
Besides these two projects Amar made her acting debut alongside Ahsan Khan in the internationally acclaimed telefilm, 'Chashm e Num' which follows the story of two blind lovers.