I started speaking to her on Orkut: Danish Taimoor on how he proposed Ayeza Khan 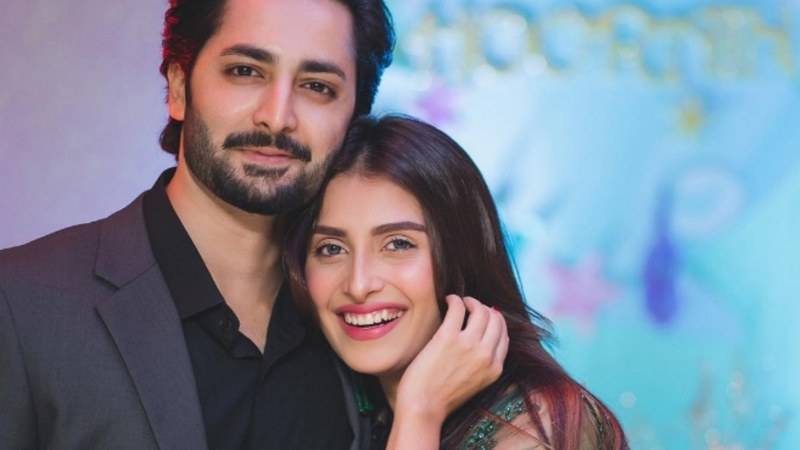 We never get sick of hearing stories of popped questions, sparkly engagement rings, squeals of surprise, and tears of joy—especially of the star-studded variety.

Everyone loves an epic romance and in a recent interview with Maria Wasti on a local TV channel, popular actor, Danish Taimoor revealed how he met, proposed and ended up with the love of his life, Ayeza Khan.

Taimoor started off by talking about how he used to flirt with other girls but never flirted with Khan.

“She was the only lady I did not flirt with,” said the actor in his initial statement.

He went on to say that he never requested her to date him, nor did he ever ask her out, in fact, he met her mother before even seeing her. “The first thing I did was propose her for marriage. Before Facebook there was Orkut, and that’s where I started speaking to her. She was a big fan of mine, which initially led to an argument.”

Taimoor skipped the ‘argument’ bit, as both he and Wasti started discussing how he and Khan ended up together.

“She complimented our serial while revealing how big of a fan she was of mine, so I thought, this is a really nice woman and she should be in my house after marriage. Then I asked her if she wanted to marry me, but she refused to believe it.”

While talking about how he knew Ayeza was the one, the Haara Dil actor opened up about another phase in his life which led to an awkward yet memorable coincidence.

“When I was in college I had a friend who was with me for a year after which I felt we should move on. I knew we couldn’t get married since I was too young and had to focus on my studies. But when I told her this, she refused to believe me and insisted I had someone else in my life.”

The actor continued, “She insisted I give her a name and to tell her off I just told her the new girl I’m dating is Kanza. However, this must be ten years before I met Ayeza and it turned out that Ayeza’s real name is Kanza and I ended up marrying her.”

Taimoor concluded the conversation by saying he believes in destiny and it there's no doubt that the two were clearly meant to be together.