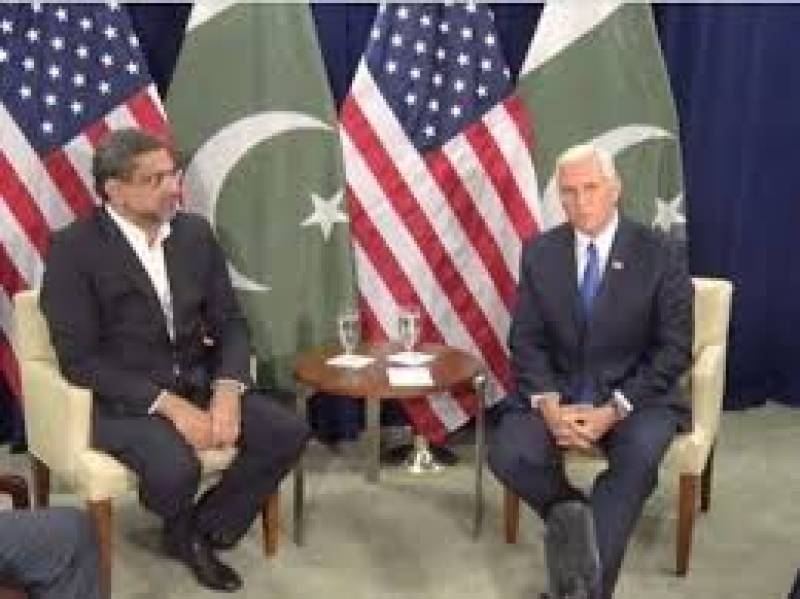 America and Pakistan won the Cold War in Afghanistan in 1989. Today, they are on the cusp of turning on each other. Many in New Delhi, Moscow, and Tehran must be watching this transformation in amusement. The fact is that many state and non-state actors want to see both the United States and Pakistan defeated in Afghanistan. A Pak-American conflict will hasten this defeat.

The new US-Pakistan trajectory is dangerous for both countries. American and Pakistani generals and politicians have committed a series of blunders since 9/11 in Afghanistan. Instead of reviewing their mistakes and finding common ground, commanders on the ground exacerbated the conflict by harming each other’s interests in the region. Policy lobbying groups in Washington took the blame game to a higher level, and then multiple countries in the region stoked the Afghan war to multiply troubles for Washington and Islamabad.

Surprisingly, authors and commentators in Washington and Islamabad competed to portray the two countries as each other’s worst enemy.

It is time to set the record straight, and understand how Washington and Islamabad are moving on a path of self-destruction that will harm the interests of both and enable their detractors in the region.

Pakistan wants to see President Trump succeed and win the war in Afghanistan. Pakistan is not an enemy of America but, rather, is one of its closest strategic allies. Pakistan risked war with the Soviet Union in 1960 when an American spy plane, the U2, was discovered and shot down over the USSR, the ‘Evil Empire.’ The Soviets were surprised that Pakistan allowed the US to fly these spy planes from Peshawar, a Pakistani city.

No ally of America was ready to fly the American spy jets from their territory for fear of Soviet wrath. Allies in Europe, the Middle East, and Asia passed on the idea, only Pakistan did it. This is how much Islamabad valued its alliance with Washington.

When Communism was destroyed in 1991, many nations played a role in that victory, but none more than Pakistan, the one country that turned its entire western borders into the Free World's and freedom’s first line of defense against Communism. President Zia convinced President Reagan to join in defeating the Soviet Army in Afghanistan.

Pakistan’s alliance with the US was natural, grounded in the history of Pakistani independence, a movement that led by educated men who waged a civil and legal effort for freedom.

When the Berlin Wall fell and was finally demolished by freedom-loving Germans, Pakistan's spy chief was one of the recipients of a piece from the wall as a souvenir with a thank-you note from his German counterpart that said, “with deepest respect to one who helped deliver the first blow.”

Pakistan did not do this alone and the victory was impossible without the United States.

That war had unintended consequences. One of them was the rise of Islamic extremism. It happened because the Free World used the religious mujahideen to defeat the atheist Soviets. In a way, this was a war where Christians and Muslims and Jews and Buddhists came together to support the mujahideen and defeat the Communist ideology. But after using them, we failed to normalize the war-hardened mujahideen and reintegrate them into society. The ragtag freedom fighters morphed into Al-Qaeda and, later, the ISIS. Again, Al-Qaeda could not have been defeated without America and Pakistan working together.

So, with this history of alliance behind us, why are America and Pakistan on a collision path today?

Pakistan took on a huge risk in October 2001 when it helped the US defeat the Taliban government in Kabul. Overnight, the Pakistanis took a decision to roll back two decades of a policy of coexistence with, and appeasement of, militant groups. This was not an easy decision. Islamabad had pursued that policy not out of malice, but because it was the only option it had when the US and the Free World abandoned Pakistan after the Soviet defeat and left the Pakistanis alone to deal with three million Afghan refugees and thousands of armed and well-trained Afghan and international fighters who did not know where to go.

Instead of appreciating Pakistan, there was a push in Washington after 9/11 to promote Indian interests in the region and belittle Pakistan’s legitimate security concerns. Policymakers paid little attention to a long-documented history in Afghanistan of India colluding with the Soviets to conduct terrorism inside Pakistan. India worked with the Soviets during the Cold War to create terror groups, like the BLA, to organize terror acts in Pakistani cities. To the surprise of Pakistanis, the BLA rose from the dead in Afghanistan after 2002, in the presence of American and NATO forces. And then we saw the commander of this terror group flying from Kabul to Switzerland to apply for asylum.

Washington appeared to be listening too much to Indian theories on Afghanistan and Pakistan. This was a mistake because India has no stake in Afghan peace or in American victory in Afghanistan. New Delhi’s only interest is in keeping Afghanistan destabilized in a war of attrition against Pakistan. This is why India failed to respond positively to President Trump’s call for New Delhi to increase its contribution to Afghan peace.

My sources in Islamabad’s power corridors tell me that Pakistani government and military are not interested in seeing America defeated in Afghanistan. On the contrary, it is fundamentally a Pakistani national interest to see Washington succeed in Afghanistan. The alternative is permanent chaos right next door, and no country, after America, is more affected by an Afghan meltdown than Pakistan.

We need to win, America, Pakistan, and Afghanistan. Together.