Google’s Pixel is back in the game, sort of 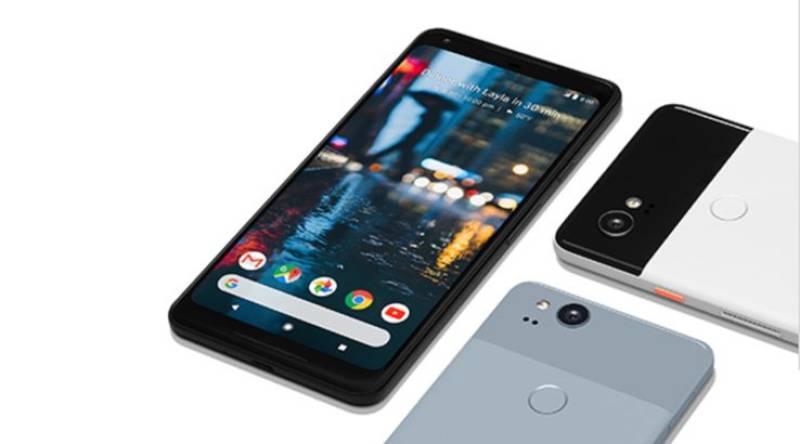 The smartphone industry is on solid growth trajectory. Innovation, technical changes and new product proliferation have made this industry very dynamic. The consumers buying behaviors and possibility for smart phone industry to take over the TV industry is good news for the shareholders. It’s the ever-increasing demand of smartphones that the manufacturers are in slit-throat competition to deliver quantity as well as quality.

The Google Pixel 2 was released last night in two variants: Pixel 2 and Pixel 2 XL. Any new phone normally has a special feature, which sets it apart from the competition. Given that touchstone, the Pixels ‘special feature’ is a mere disappointment i.e. squeeze the phone from the side to activate Google assistant. Why? The Google assistant already has its own command: you have to long press the home button. 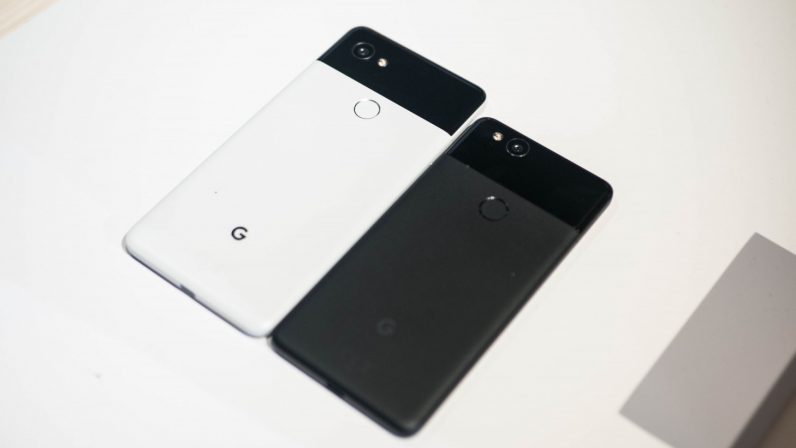 While talking about ‘what’s new’, it’s not all just disappointment. Google quietly revealed that the world is going to feel whole lot better with a pair of wireless headphones. But that’s old news, given that Apple had outdone itself with air pods and wireless charging. However, there is one thing that even Apple couldn’t do; the Pixel’s headphones are packed with the power to translate between 40 languages, LITERALLY! It could be a big deal, but hopefully the phone comes with a USB-C to 3.5mm headphone jack converter in the box, when it releases.

Now let’s talk about the body, specifications and camera:

Body: The smaller Pixel 2 comes in with a comfortable 5.5” full HD OLED screen. Its elder brother has a 6” Quad HD OLED display and also uses an 18:9 aspect ratio. In simple language, it means that both phones will have excellent color reproduction, with the 2 XL having a higher resolution display and a physically taller screen due to the aspect ratio. The phone comes with an old yet remarkable feature, stereo front-facing speakers.

Specifications: The phone comes with a Snapdragon 835, Adreno 540 and 4GB RAM. Both phones come with 64 and 128 GB storage variations, and does not have a micro SD card. The Pixel 2 has a 2,700 mAh battery and the Pixel 2 XL has a 3520 mAh battery. Big News; both phones have IP 67 water and dust resistance. 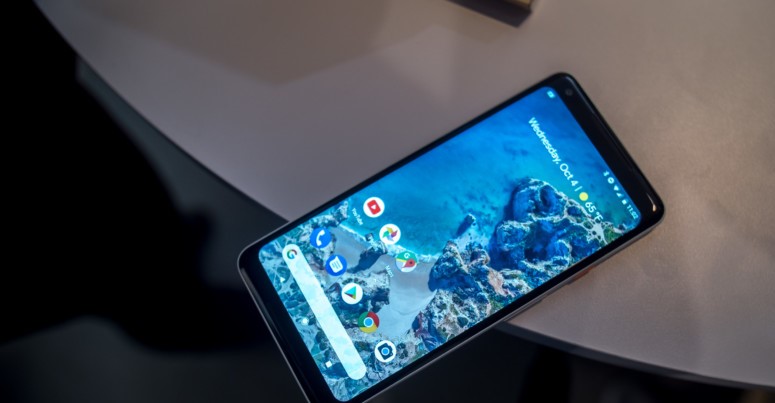 Cameras: Last year’s Google Pixel was known for its camera, so expectations were high for this one. Both phones come with a 12 MP rear shooter with an f/1.8 aperture. It was a disappointment not seeing dual lenses as almost all phones released in 2017 have had two cameras. The real magic this time is in its new features: the phone now has a data algorithm by Google that uses its machine learning in order to give you all of the relevant data to get the best possible shot out of the cameras. The 8 MP front facing camera comes with a similar-to-Apple’s portrait-mode technology, which blurs out the background.  The phone also comes with AR (augmented reality), which is the best on the market and got the highest DXL mark ratings that we have seen on any smartphone. Another feature Google has added is Google Lens, which basically allows the user to point the camera at an object and Google’s search engine tell you what you are looking at. 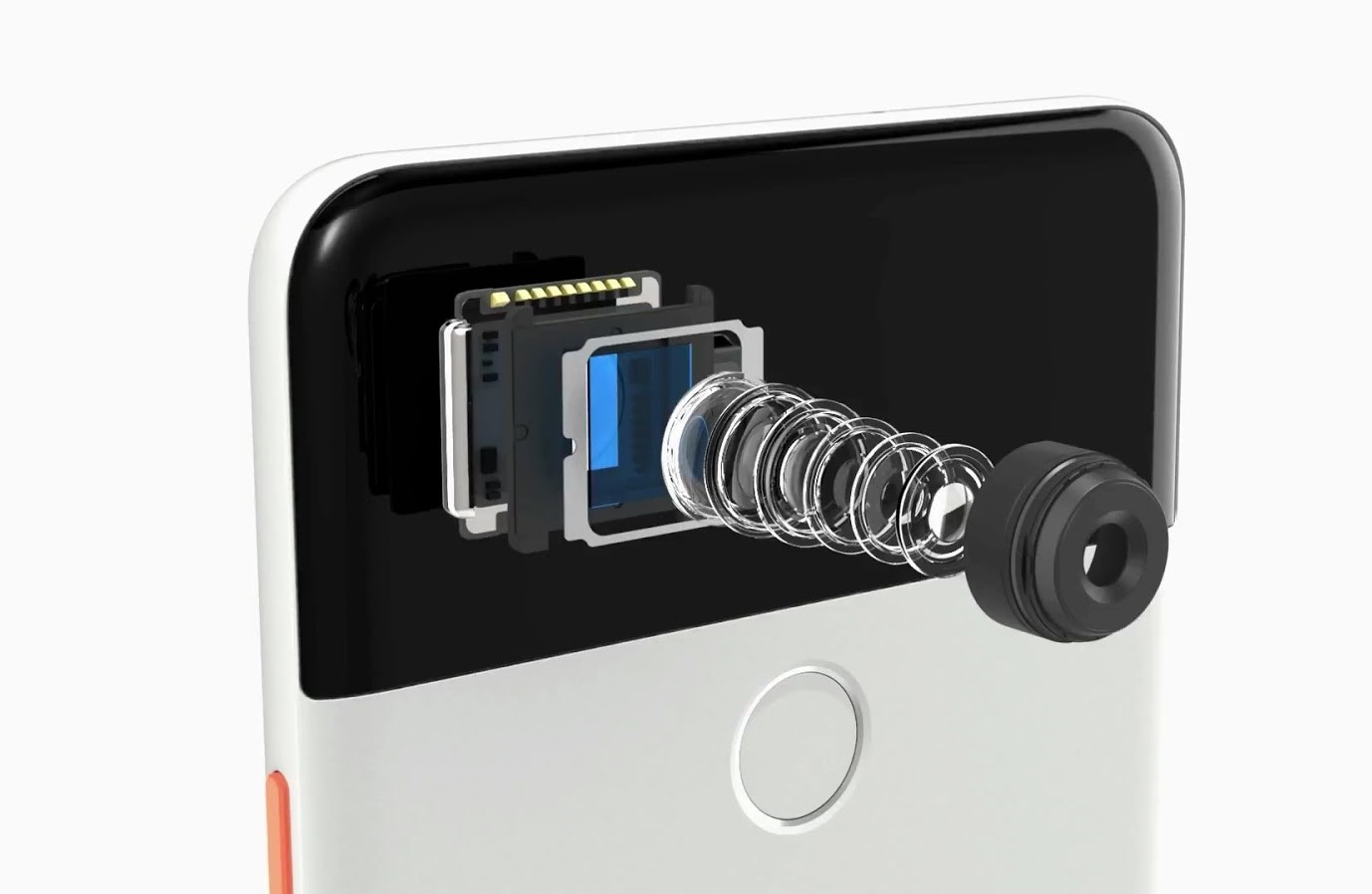 As in Googles tradition, the phones come in stock Android 8.0 Oreo. Read our article on Android Oreo to learn more. If one thing is clear this year, Google is really pushing the Pixel phone brand as its main product. Then, again there are much better options out there, like the One Plus 5, Note 8 or the iPhone 7, not the iPhone 8. Google says that the smaller Pixel 2 will come in lots of colours, Blue being the one they showed off at the event. The Pixel 2 XL only comes in 2 colours, black and Panda, which is just black on top and with on the bottom.

The new Google Pixel 2 has its fair share of new exciting features and disappointments, however, it’s not even 24 hours that launch ceremony has been wrapped up and Pixel 2 is all gone from the stock.