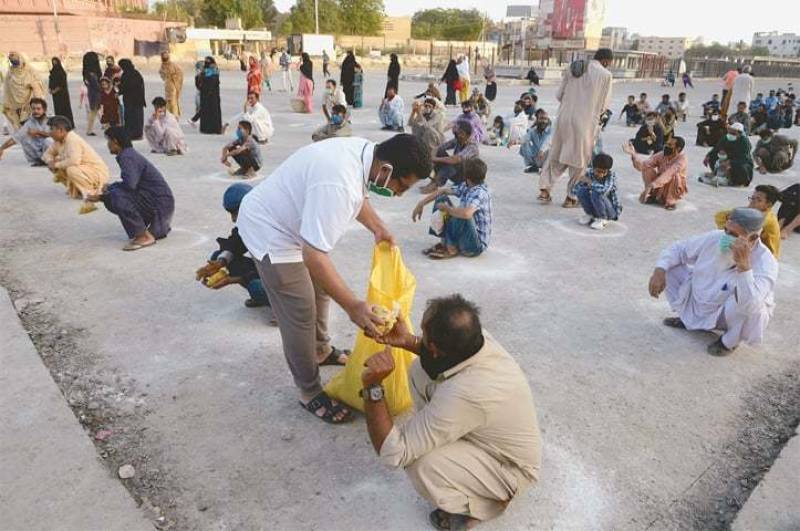 An organized effort by the government and assisting agencies to ensure the basic standard of decency in the lives of its citizenry, Social Welfare has been sought after topic in Pakistan.

Both the military and the Civilian governments have perceived it differently, according to their understanding of this systematic wellbeing. Till now, the governments have drafted policies, enacted Laws, and created different organizations. But the policymakers have never understood the welfare system could not be run effectively in rented buildings. It consumes a sizeable chunk of already limited funds, results in ambiguity, mismanagement, corruption, and above all poor service delivery to the earmarked ones.

Poverty, Illiteracy, Gender Inequality, and Unemployment had been stinging the Islamic Republic of Pakistan since day one. To cure these social evils, the Government of Pakistan sought help from global policymakers. The United Nations Delegates visited Karachi and suggested the authorities to introduce the course of Social Work in their educational institutions. The aim was to produce professional Social Workers, who would run the welfare system effectively. The establishment with no or less intention to pay heed promulgated laws (such as Social Welfare Agencies Registration and control ordinance 1961) and created institutions such as Pakistan Baitul Mal, Social Welfare department, Zakat, and Ushr department and lately Benazir Income Support Program.

With no formal university education of Social Work, the welfare system under nonprofessional staff could not produce desirable results. The civilian government of the 1970s realized the dire need of professionals to deal with social issues and established Social Work departments in universities. Since then, the universities have provided with much-needed professionals and till now, great improvements have been made which the Secretary-General of International Federation of Social Workers, Rory G. Truel praised during his recent visit to Pakistan.

The state is currently running Social Welfare departments, Pakistan Baitul Mal District Zakat and Ushr committees, and BISP. Pakistan Poverty Alleviation Fund provides monetary support to these welfare efforts. Social Welfare departments have the mandate of women empowerment (mainly through skills development centers) and Special Education added to general welfare of the public. Pakistan Baitul offers Education (through National Center for Rehabilitation of Child Labor), educational scholarships, medical assistance, monetary grants to poor and Great House for homeless destitute. Pakistan Baitul Mal also works for women empowerment with the same scheme as Social Welfare. The Zakat and Ushr Department, on the other hand, collects and distributes it to the needy ones. It also provides educational assistance to university students. BISP, on the other hand, provides monetary support to the beneficiaries having Poverty Score less than or equal to Twenty-Six.

These segregated entities, working for the wellbeing of the people are mostly in rented buildings and it costs several problems to the system itself. First of all, it consumes a notable percentage of the budget in rents. For instance, in KPK, the District Zakat and Ushr committee have only five government-owned offices while 20 districts Zakat Committees are running in rented ones. Likewise, half of the Department of Social Welfare, Women empowerment, and Special Education’s buildings are rented in the Pakhtun province. These Thirty-Three rented buildings cost around Rs 1.3 million per month (assuming that each office pays a rent of RS 40,000). The annual rent is expected to be more than RS 15.8 million.

The motto of welfare is to serve the vulnerable ones, either be destitute, elderly, or persons with disabilities. According to the United Nations Convention on Persons with Disabilities, the government is liable to provide smooth access to PWDs to the buildings. The government plans to abide by national and international law while building its offices. The rented buildings on the other hand are not purposely built which creates accessibility issues for both elderly and persons with disabilities. Thus, the very people for whom the system runs, face difficulties in accessing it.

Both the department of social welfare and Pakistan Bait ul Mal are working for women empowerment through Skills Development Centers. They both also provide services to PWDs. Likewise, there are other services common to other welfare institutes too. Moves like these, result in the ambiguity of services and corruption. The applicant trying to access one office can be diverted to another office by the officeholders while eating up the budget. For the year 2019-20, RS 5 billion was allocated for Pakistan Baitul Mal. The Auditor General of Pakistan found irregularities of staggering Rs 3.1 billion in its annual operations. The AGP also found irregularities in Zakat and Social Welfare departments across Pakistan. This segregation also blocks communication and cooperation between the agencies.

The current government has sensed the difficulties of the system and seems keen to take steps to restructure the welfare system of Pakistan. The prevalent system has gifted us with a lack of coordination, ambiguity, corruption, and incompetence of the officeholders. If the welfare system is to run smoothly, trained Social Workers should be hired to design and run an integrated welfare system.

The government should look towards merging the dispersed segments of welfare into a convenient, one window operating system. This step in purposely built buildings will provide accessibility to the beneficiaries, create clarity of services, resulting in coordination and cooperation, bring corruption to an end, and above all better service delivery to the deserving ones.

The author is a student of the Department of Social Work, University of Peshawar.